The prototype for a game designed to entertain pedestrians waiting for the green man has been launched at a traffic light crossing in Hildesheim, northern Germany. "StreetPong" is based on a classic 1972 arcade game. 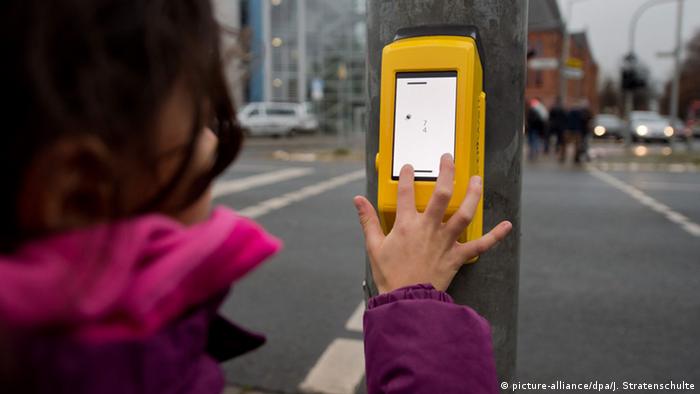 The small northern German city of Hildesheim in the state of Lower Saxony has become home to the very first game of "Street Pong." Designed by Sandro Engel and Amelie Künzler, students at Hildesheim's University of Applied Sciences and Arts (HAWK), the game aims to curb boredom whilst waiting for the green light at pedestrian crossings.

Attached to lamp posts at either side of the crossing, the device allows two pedestrians to play a game of "Street Pong," which is based on the classic 1972 arcade game "Pong." Instead of a bat, like in the original table tennis variation however, pedestrians need just a finger and a keen eye to while away the minutes at the crossing.

"We are not only very pleased that the innovative idea comes from Hildesheim, but also that it's also been implemented here first," said Hildesheim Mayor Ingo Meyer.

For the next four weeks, gaming pedestrians will be able to try their hand - or rather their finger - at the crossing, whilst the two students study the game's success. With inquiries from Lyon in France and the Norwegian capital of Oslo, the future is already looking bright for the crossing gadget.