The Wadden Sea is known for its millions of birds. Some stay all year, others are just passing through the intertidal zone off northwestern continental Europe. Here are a few of our favorites. 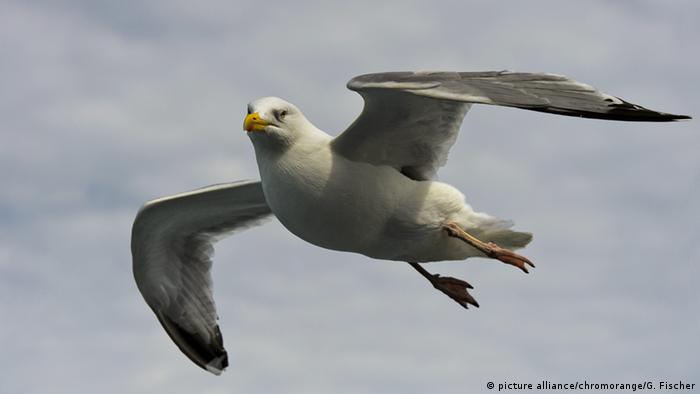 Have you ever heard of a bar-tailed godwit? Or an avocet? They are among the millions of birds that flock to the Wadden Sea as they migrate around the world to such far flung places as southern and west Africa. With its mudflats and salt marshes, this UNESCO heritage site in Europe's North Sea is not only rich in food, but also provides a place for visiting birds to breed. The area is also home to birds that stay all year around. Between them, they give bird lovers plenty to enjoy. 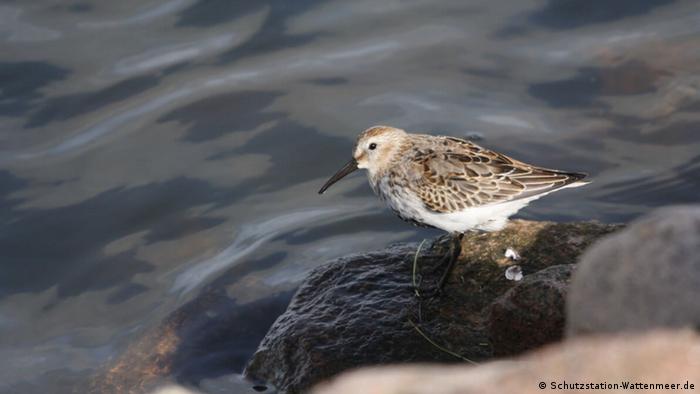 The dunlin
Wading on short legs, the dunlin picks at the mud in search of food. The most common bird in the Wadden Sea, it's not uncommon to find it tiptoeing behind people out for a walk at low tide. The Wadden Sea is a resting place for the dunlin during its long migratory routes. The mudflats offer it a rich array of food, and by the time the bird resumes its journey, it has gained around 70% of its body weight.

Its Latin name Calidris alpina draws on another habitat in which the bird can be found — the mountains of Norway, which is one of the places it is known to breed after it's spent winters in Africa and Southeast Asia. 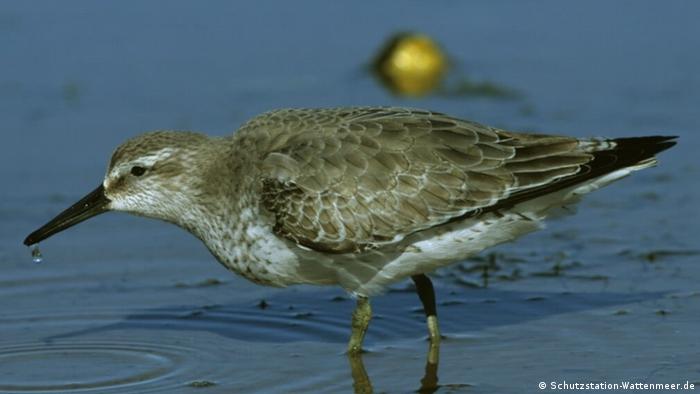 The red knot
There are some similarities between the dunlin and the red knot, which is not surprising given they both belong to the sandpiper family. The red knot breeds in northern Siberia and has one of the longest migrations of any bird. But the long-distance flier has a problem, and that problem is climate change.

Although spring in the Arctic now begins two weeks earlier than it did a few decades ago, the red knots haven't changed their arrival schedule. That means by the time the young hatch, the number of mosquitoes and other insects is already beginning to wane because of seasonal conditions, and they don't get enough to eat. As a result, the birds are smaller than they should be and their beaks are also shorter, which is a problem back on the mudflats of northern Europe, where competition for food is tough. 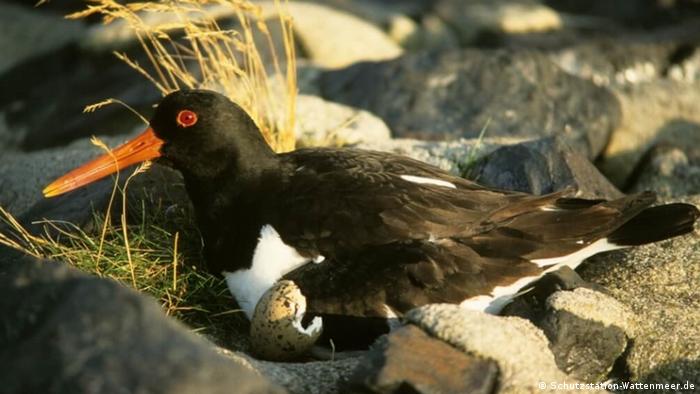 The oystercatcher
When a high-pitched birdsong pierces the air above the Wadden Sea, it's likely from an oystercatcher. These birds provide the soundtrack for much of the sprawling national park. With their characteristic black and white plumage coupled with red beaks, legs and eyes, even non-birdwatchers can easily pick out the oystercatcher.

Read more: Bird populations plummet in the US and Canada

The Wadden Sea serves as a vast breeding ground for the species, with birds often nesting on beds of mussels. The young hatch after around 26 days and are then fed by their largely monogamous parents for six weeks. But not necessarily with oysters, as the name suggests. Their favorite foods include cockles and mussels. 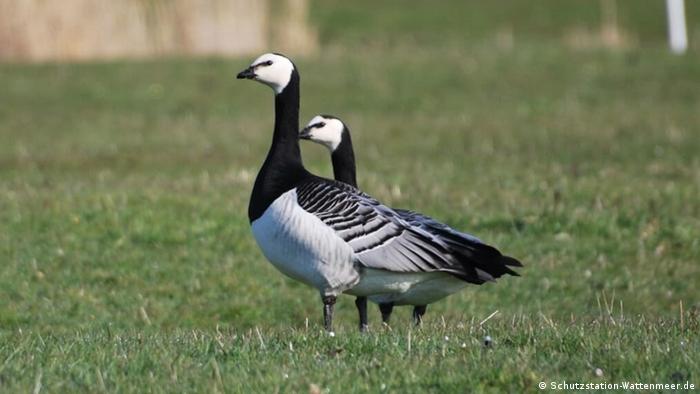 The barnacle goose
With its confident stature and monosyllabic honk that almost sounds like a dog's bark, the barnacle goose is a sight and sound to be enjoyed by nature lovers. But the birds are not universally adored. Some farmers would like wring their necks when they descend in flocks on freshly sown crops. Protected under a treaty to conserve birds migrating between Africa and Europe, its numbers are healthy.

When the birds are not pecking at agricultural land, barnacle geese, which ancient folklore erroneously claimed developed underwater, are often found on saltmarshes. And usually in great flocks, for these are sociable animals. 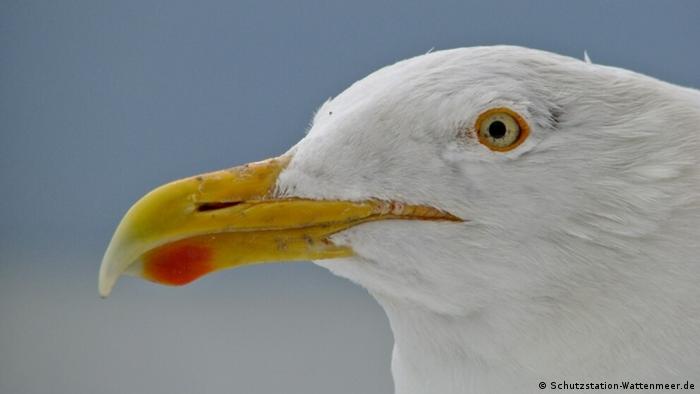 The herring gull
Widely dispersed in Europe and the US, the herring gull is synonymous with the coast, and can be found in abundance along the Wadden Sea's lengthy coast. Their large numbers could have something to do with their eating habits. The herring gull is no gourmet eater, but will sink its beak into anything from worms and fish to carrion and other gulls' eggs.

Bird lovers admire their agility in the sky. The herring gull flies slowly and doesn't tire easily, which lends it an air of grandeur. But they don't tend to cover long distances. Many of them stay in the Wadden Sea all year round.