The German defense minister has called for more respect and acceptance of LGBT troops in the military. Her comments have come on the heels of reports of hazing and sexual abuse at a German military training center. 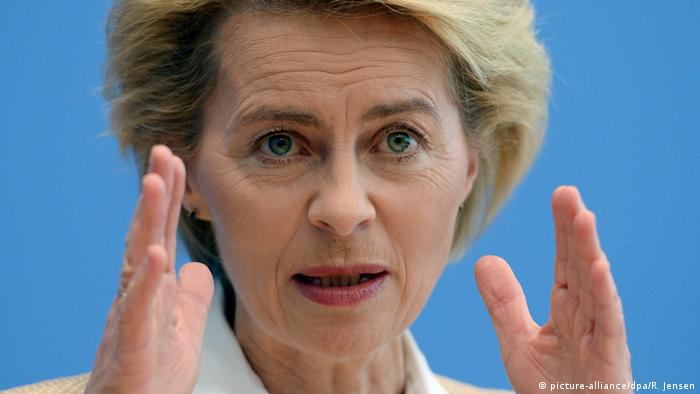 It’s the Bundeswehr’s most difficult and dangerous overseas deployment. Soon it will also be the biggest. The German parliament has agreed to send more soldiers to Mali - but troops alone cannot resolve the crisis. (29.01.2017)

Germany will expand its involvement in the UN mission to Mali with more troops and eight helicopters. The German parliament also approved the extension of a military training mission in Northern Iraq. (26.01.2017)

Von der Leyen urged openness and a culture of tolerance in the German military on Tuesday in Berlin at a workshop that was overshadowed by a recent abuse scandal at an elite military training center.

Reports from the special operations center in the southern German city of Pfullendorf were "disturbing signs of a lack of leadership, attitude and culture," the German defense minister told the attendees.

On Friday, the German "Spiegel Online" released reports of abusive behavior at the center based on documents from an internal investigation. According to "Spiegel," trainers enacted "sexual-sadist practices" on recruits, forcing them to perform medically unnecessary and sexually motivated acts.

Von der Leyen called for direct links to ombudsmen and women so that service members could report abuse more openly.

Around 200 high-ranking figures representing the areas of business, politics, civic activism and the military attended Tuesday's workshop which sought to tackle discrimination against lesbian, gay, bisexual and transgender (LGBT) troops in the military.

In particular, the German defense minister called for improving an atmosphere of acceptance and openness in the military for LGBT recruits.

The German defense minister emphasized that LGBT service members who could not openly express their sexual orientation or identity, would be living in fear.

"And whoever is afraid cannot give their best," she warned. "And we cannot afford that."

Not all members of the military have welcomed Von der Leyen's initiative to improve sexual diversity, with critics saying the Bundeswehr has other problems, including poor equipment and a heavy workload.

Many German service members are wary of being open about their sexuality, despite the existence of a Bundeswehr working group for the last 15 years that is responsible for taking on the interests of LGBT people.