Bundeswehr in Mali: dangerous, but necessary? | News and current affairs from Germany and around the world | DW | 29.01.2017

It’s the Bundeswehr’s most difficult and dangerous overseas deployment. Soon it will also be the biggest. The German parliament has agreed to send more soldiers to Mali - but troops alone cannot resolve the crisis. 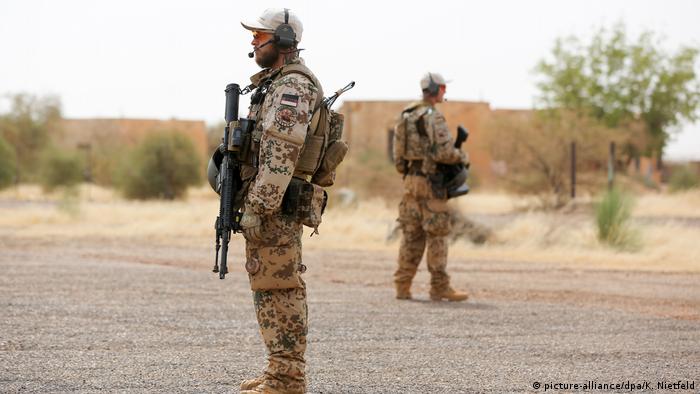 The attack took place during the morning roll call. Last Wednesday, a car packed with explosives sped into an army camp in the Malian city of Gao. 70 soldiers died. Soldiers of the German Bundeswehr are stationed nearby as part of the UN mission MINUSMA. The UN peacekeepers have also been targeted by extremists for a long time now. "In terms of the death toll, the mission in Mali is currently the most dangerous UN deployment in the world," British Mali expert Paul Melly told DW.

1,000 Bundeswehr soldiers will soon be exposed to these dangers. On Thursday, the German Bundestag voted by a large majority to extend the Bundeswehr operation in the crisis-hit West African state. Up till now, the upper limit for the mission was 650 soldiers. Eight helicopters will also be sent to northern Mali.

The Mali mission is certainly dangerous, and the speakers of the governing CDU/CSU and SPD parties did emphasize this before the vote in parliament. However, Henning Otte, a CDU member of the Bundestag, described it as urgent and necessary: "In recent years we have recognized that we have to increase our level of commitment and responsibility in stemming conflicts in the places where they arise," he said. Otte recently visited Mali as part of a parliamentary delegation. "Otherwise the repercussions come to us, in the form of terrorism and people fleeing this terrorism," he explained. 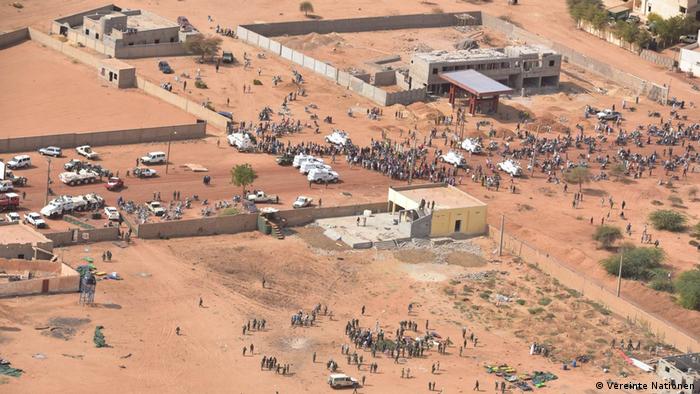 An aerial view of Gao, Mali where at least 70 people were killed in a suicide attack.

Mali has been in crisis since 2012, when rebels and Islamists seized control of large parts of the country following a Tuareg insurrection. French troops halted their advance on the capital Bamako. The UN mission supervises the maintenance of the peace agreement between the government and some of the rebel groups. It's also meant to protect people from the armed groups, which operate primarily in the north.

Representatives of the Left Party were the only parliamentary group to reject an extension of the German mission. "As in Afghanistan, you have deployed the Bundeswehr bit by bit in an offensive fighting operation," said the Left's development spokesperson, Niema Movassat. She went on to say that poverty and lack of prospects in northern Mali were the reasons why young people joined the Islamists, concluding: "You must fight the social causes of terrorism instead of deploying more soldiers all over the world."

The Green's defense spokesperson, Agnieszka Brugger, countered that the comparison with the Afghanistan deployment was a false one. You cannot label a United Nations peace mission "war," said Brugger, in response to the Left. At the same time, she also called for more political engagement in advancing the peace process in Mali. "I do wonder at the pressure you are able to exert regarding questions of migration and readmission agreements, yet why you tread so softly in calling for measures to fight corruption, or implementing the peace agreement," Brugger said, addressing the German government. The first Bundeswehr helicopter will be loaded up for transport to Mali as early as Friday, with the others following in the coming weeks. However, this will not be the end of the discussions about the Mali mission. There is concern within the Bundeswehr itself about Germany's involvement. "Mission impossible?" asks the current edition of the reservist association's magazine, "loyal". And André Wüster, the head of the German armed forces association, has also criticized the mission in the past. "I'm worried that the same mistakes are being made on an ongoing basis as were made in Afghanistan: the random application of development aid, and little coordination between departments, coupled with illusions of feasibility and exaggerated expectations," he told Bild newspaper in December.

Paul Melly from the British think-tank Chatham House, believes increasing German involvement is the right thing to do. "It improves the security of the UN troops, or does at least contain the danger," said Melly. Nonetheless, he too warns of exaggerated illusions: "The terrorist threat is not going to disappear anytime soon."