Nearly 50 hours of secretly recorded conversations appear to show Volkswagen engaging in legally dubious behavior in a dispute with a supplier. Now the carmaker is investigating who released them to the media. 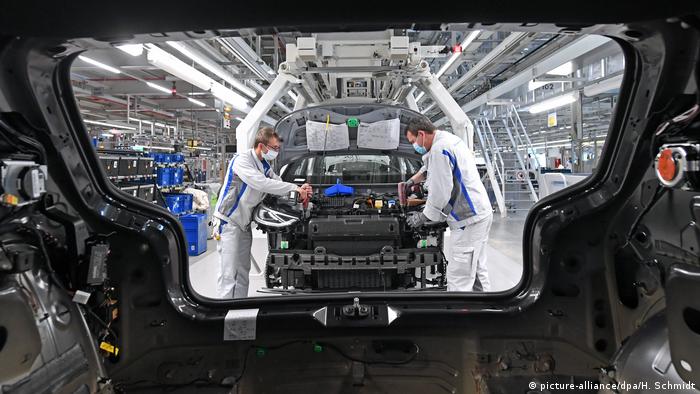 German automaker Volkswagen (VW) is searching among its own employees for an informer who recorded and shared conversations from a sensitive project in 2017 and 2018, VW told news agency dpa on Monday.

VW said it was shocked to learn that internal and confidential meetings were documented and that such information would be "released to the public without authorization."

"The case will of course be investigated," VW said.

The reason for the spying was not initially clear.

BI claimed to have nearly 50 hours of secretly recorded conversations.

A spokesman for Prevent, which supplies seat covers and gearbox parts, said the company had no knowledge of the recordings.

Transcripts of the recordings reveal the existence of a VW working group called "Project 1," whose mission was to terminate a contentious working relationship with the supplier.

Responsible for the team was then-Group Head of Purchasing Francisco Javier Garcia Sanz and Volkswagen Brand Procurement Board Member Ralf Brandstätter. The latter has since been promoted to Chairman of the Board of Management VW Passenger Cars, the automaker's core brand.

In a statement, VW said the group was tasked with "averting further damage from the company, its customers, employees and suppliers. All possible solutions were openly discussed, but many were also rejected. It wasn't a decision-making body."

According to BI, the tapes reveal VW had coordinated efforts with fellow automakers Daimler and BMW to keep the owners of Prevent from acquiring headrest and center console manufacturer Grammer.

"This is currently the discussion between us, Daimler and BMW. And a financial investor who would do it for us," the transcript read. "Yesterday I already had a first draft of how something like this would look."

Volkswagen denies the allegations that it meddled in acquisitions.

"There have been no coordinated actions with other original equipment manufacturers," VW said.

Prevent had previously filed a $750-million (€640-million) damages lawsuit in the US alleging VW violated competition law by putting pressure on suppliers there not to merge with the Prevent. In Germany, pending legal disputes between the two parties concern specific supply contracts.

VW, for its part, is seeking to recover over €100 million in damages incurred in 2016 when a dispute caused Prevent subsidiaries to stop supplying VW with seat covers and gearboxes, forcing production to a halt at multiple VW plants.

Prosecutors allege that a farm operated by the carmaker in the Amazon basin during the 1970s and 1980s used labor that was akin to modern-day slavery. Former workers are attesting to the accusations.