VW is under pressure for working with the Chinese government in Xinjiang after evidence of human rights abuses against Uighurs in the region. Meanwhile, the German and US governments urged China to uphold human rights. 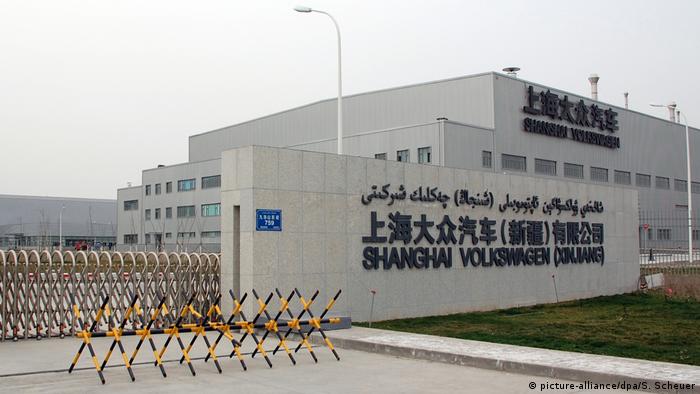 As international outrage over human rights abuses in Xinjiang province grows, German carmaker Volkswagen (VW) has vehemently defended its presence in the region, where it operates a production facility in Urumqi.

Speaking with DW on Tuesday, the company said its 2012 decision to open the Urumqi facility was "based purely on economics." VW says it expects "further economic growth in the region over the coming years."

The statement came in the wake of a data leak confirming the mass surveillance and incarceration of ethnic Uighurs and other minority Muslim groups by the Chinese government.

'We do not assume any of our employees are forced laborers'

Volkswagen addressed working conditions at the Urumqi facility, which is operated by a joint venture with the Chinese company SAIC, noting, "We do not assume any of our employees are forced laborers."

Should it emerge that German firms operating in Xinjiang profited directly or indirectly from China's "suspression system" and the "red line" on universal human rights had been crossed, then "economic consequences must be drawn," Johannes Vogel, of the pro-business opposition liberal Free Democrats, told German Deutschlandfunk public radio on Wednesday. 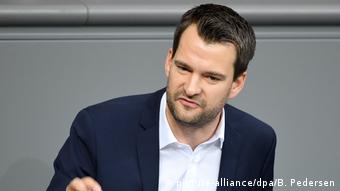 Vogel, deputy chairman of the German Bundestag's German-Chinese parliamentary group, said although Volkswagen began establishing its works in Xinjiang "before Xi Jinping," it must act transparently.

Furthermore, said Vogel, Germany must consider a "Beyond-China-Strategy" focused on other markets in Asia, such as Malaysia, "because not only in Xinjiang, but rather China as a whole is a authoritarian system."

"They are erecting in the rest of the country [China], for example, a behavioral control instrument, with a system of social credits," said Vogel.

Pompeo said the newly released report, "shows that it's not random, that it's intentional and ongoing." He called on China to immediately release all arbitrarily detained individuals in the region.

VW, which has been active in China for 35 years, recently came under pressure to justify its presence in Xinjiang after a report by the Süddeutsche Zeitung (SZ) claimed it was operating Urumqi at a loss in order to secure contracts with the Chinese government for more lucrative sites in eastern China. VW denied the accusation.

Responding to a request from DW about the SZ claims, VW said: "The factory, which has a capacity of 50,000 cars per year, is well utilized. We assume western China will enjoy further economic growth over the coming years, and we will continue to count on our Urumqi plant and to expand our presence in the region."

The SZ also claimed SAIC Volkswagen maintains close relations with the People's Armed Police, "a paramilitary unit that is thought to be one of the driving forces behind the internment camps."

David Ehl contributed to this report/ipj