The German auto giant is due to sign an agreement with China for a new car plant to be built in the western region of Xinjiang. The region is home to the Uighurs – a Muslim minority opposed to Chinese central power. 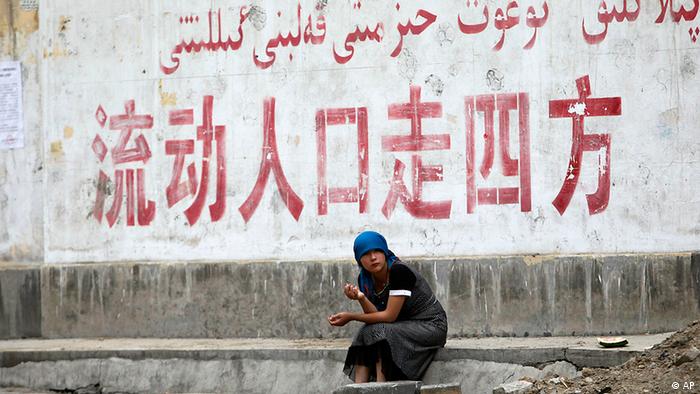 The new Volkswagen (VW) car factory is to be set up in the provincial capital Urumqi with a production capacity of up to 50,000 vehicles per year, German news agency DPA said Wednesday.

Funding for the project worth 2 billion yuan (240 million euros) would be provided by a joint venture between VW and Chinese automaker Shanghai Automotive Industry Corporation (SAIC), the agency said.

In addition, news agency Reuters quoted a German government source as saying that the agreement for the plant would be signed in Germany on Monday in the presence of German Chancellor Angela Merkel and Chinese Premier Wen Jiabao.

The Urumqi plant, which is scheduled to start production in 2013, will be Volkswagen's fifth car factory in China with an additional four plants on the drawing board. The German auto giant already has six component factories in the Asian country.

In China, Volkswagen reached a new sales record of 633,000 vehicles in the first quarter of 2012, and has announced investments in China to the tune of 14 billion euros until 2016.

"Shanghai Volkswagen plans to manufacture car models with the most advanced technology and based on the latest platforms in the Xinjiang project," Tianshan quoted him as saying last week.

Volkswagen is the first international auto maker to venture out into China's far west - a region troubled with ethnic tension between minority Uighurs and the Chinese majority population.

In 2009, some 200 people died in clashes unleashed by the Muslim separatist Uighurs in protest at what they called political and cultural oppression from China's Communist government.

Electromobility revolution takes to the skies 28.09.2022

Airplanes are noisy, polluting and harmful to the environment. But at one small airport in the US, a fully electric aircraft is looking to take to the skies.