Russian President Vladimir Putin has confirmed a major boost to the navy's fleet, some armed with Kalibr cruise missiles. In a show of strength, amid heightened tensions with the West, 26 new vessels will be deployed. 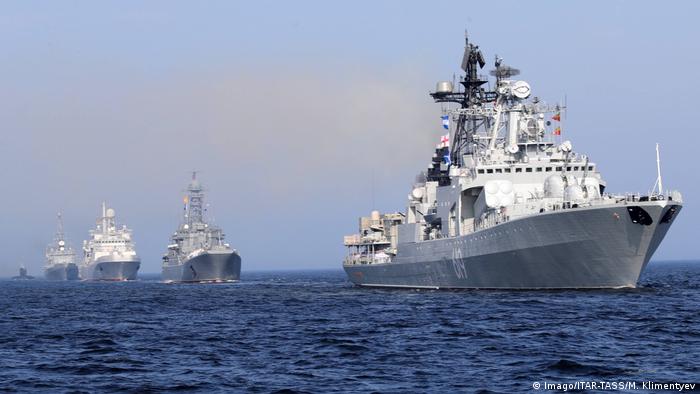 The Russian Navy will receive 26 new warships and other vessels this year, Russian President Vladimir Putin told an audience in St. Petersburg on Sunday to mark Russian Navy Day.

"In total in 2018 the navy should get 26 new warships, motor boats and vessels including four battleships with Kalibr cruise missiles," he revealed.

The Kalibr cruise missiles, which have been used during Moscow's military intervention in the Syrian conflict, fly at extremely low altitude and bypass terrain relief. The trajectory helps break through adversary air defense.

Putin paid tribute to those working in Russia's shipbuilding sector, whose hard work had led to "a good pace of re-equipment and upgrading" of the navy. 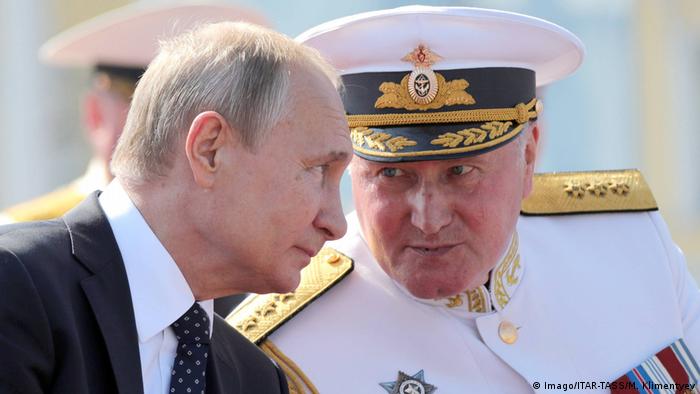 Putin promised that the strengthening and upgrading of the Navy fleet would continue, the Tass news agency said.

Meanwhile, Vice-Admiral Alexander Moiseyev, commander of Russia's Black Sea fleet, said six new vessels including missile ships would be inducted by the end of the year, according to the Interfax news agency.

Putin reviewed a major annual naval display on the Neva River in St. Petersburg with 39 warships carrying out maneuvers.

He told the 4,000 servicemen taking part that the navy "is making a weighty contribution to the fight with international terrorism."

In Syria, Russia's military base of Tartus also marked the Navy Day celebrations with a parade, involving five ships and the Kolpino diesel submarine, the defense ministry said on Facebook.

Tensions between Russia and the West have risen dramatically in recent years after Washington and Moscow found themselves on opposing sides in the seven-year-old Syrian conflict.

Russia's backing of separatists in eastern Ukraine and its annexing of Crimea in 2014 tipped relations with the US, EU and NATO to their worst since the Cold War.

Both sides have since accused each other of "risky deployments" in the Baltic States and Eastern Europe, after an increase in military maneuvers.

In her weekly podcast, the German chancellor has made the case for higher defense spending and the significance of NATO. World leaders will meet as the international security organization holds a summit next week. (07.07.2018)