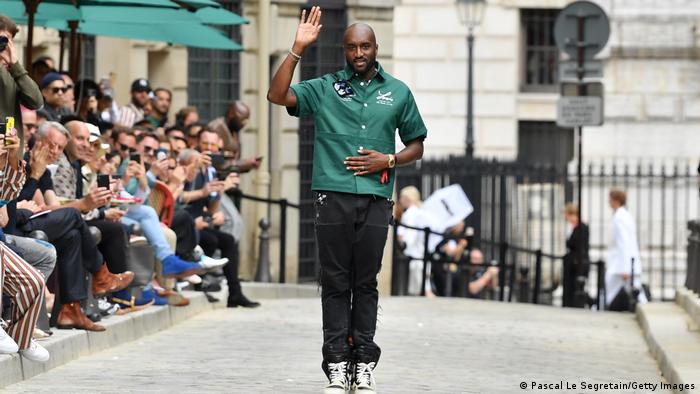 "Young architects can change the world by not building buildings."

This quote by the late Virgil Abloh was the title of a two-hour lecture he had given to architecture students at Columbia University back in 2017. He was equipped to speak on the subject because he had studied architecture himself.

Evidently, the multi-hyphenate had walked his talk, catapulting from the world of architecture to that of fashion and more. In addition to founding his own fashion label Off-White in 2013 and becoming the first African-American artistic director for men's wear at French luxury label Louis Vuitton in 2018, he was also a DJ, an artist, and a collaborator who took fashion beyond the runways, working with diverse partners from Nike to Ikea, Perrier and Mercedes-Benz.

Thus, news of the 41-year-old's death yesterday from cardiac angiosarcoma, a rare, aggressive form of cancer, sent shockwaves not just through the fashion world, but also the music and entertainment industries.

Sharing photos of herself with Abloh in the wedding dress he designed for her wedding to Justin Bieber, Baldwin described him as a "once-in-a-generation creative mind," while British Vogue editor Edward Enninful called Abloh "a giant among men."

An announcement by his family on his official Instagram page yesterday stated how the designer had privately endured his battle since his diagnosis in 2019 and undergone numerous challenging treatments, "all while helming several significant institutions that span fashion, art and culture."

"We are all shocked after this terrible news. Virgil was not only a genius designer, a visionary, he was also a man with a beautiful soul and great wisdom," Bernard Arnault, chairman and chief executive of the LVMH group, said in a statement.

From architect to all-round artist

Having learned sewing from his seamstress mother, Abloh, who was a first generation Ghanaian American, had no formal fashion training. Instead, he held a degree in engineering and a master's in architecture, and even moonlighted as a DJ.

In 2009, Abloh met rapper, producer and designer Kanye West — now known as Ye — while he was working at a screen-printing store. They both then interned together at the LVMH brand Fendi, and Abloh eventually designed the cover of the 2011 Ye and Jay-Z album "Watch the Throne," for which he was nominated for a Grammy. He also designed the cover of West's "My Beautiful Dark Twisted Fantasy."

West once said in an interview, "I have all these ideas and Virgil is able to architect them because he is an actual architect." 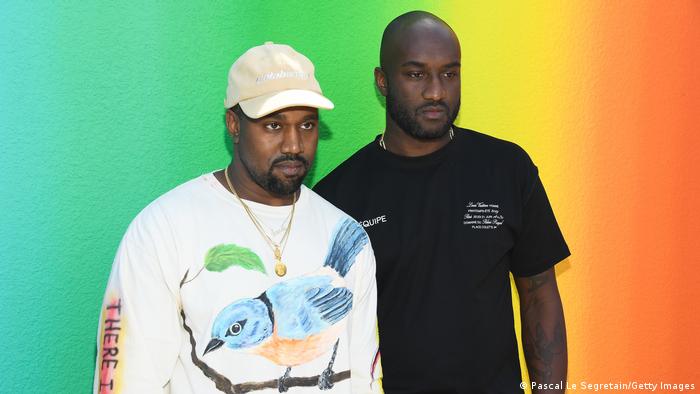 Abloh started designing clothes in 2012, and his first design was a screenprint on a Ralph Lauren rugby shirt. It would be the first of many creations that would reflect his trademark fusion of streetwear and haute couture.

"Streetwear in my mind is linked to Duchamp," Abloh told The New Yorker in 2019. "It's this idea of the readymade. I'm talking Lower East Side, New York. It's like hip-hop. It's sampling. Take James Brown; I chop it up, I make a new song," said Abloh, whose fans include Beyonce, Michael B. Jordan, Kim Kardashian West, Timothee Chalamet and Serena Williams.

Abloh took what he called a "3% approach" to fashion, arguing that a new design could be created by changing an original by 3%. Some critics dismissed him, saying that he was adept at merely repackaging existing designs rather than creating something from scratch.

While preparing for his debut Louis Vuitton men's wear show in 2018 — the same year Time magazine named him as one of its most influential people — he told GQ, "I now have a platform to change the industry" as one of the few African-American males to be at the apex of a luxury fashion house.

He has been compared to American pop culture artist Jeff Koons, while others have hailed him as his generation's Karl Lagerfeld. 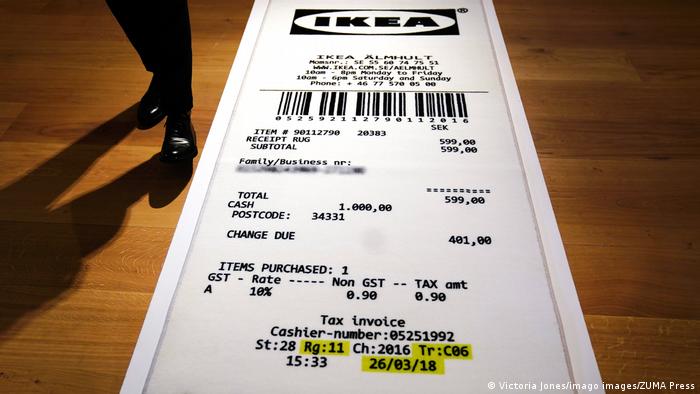 A quirky rug designed by Virgil Abloh in collboration with IKEA

His collaborations beyond the runway ran the gamut of pop culture. His Off-White label worked with Nike in 2017, where he redesigned a line of sneakers, even playing around with Helvetica font designs. Abloh also designed furniture for Swedish furniture giant, IKEA, refillable bottles for Evian mineral water, and Big Mac cartons for the fast food giant, McDonald's. And, he partnered with German car giant Mercedes-Benz in July this year on Project Geländewagen, designing a one-off, non-drivable race version of the luxury car maker's iconic G-Class SUV.

His works have also been exhibited at the Louvre in Paris, Gagosian Gallery in New York and the Museum of Contemporary Art Chicago.

Louis Vuitton revolutionized luggage with his skill and style. To this day, his initials spell luxury and exquisite craftsmanship.

As the Italian luxury label celebrates a century of fashion highs, a Ridley Scott film starring Lady Gaga and Adam Driver revisits one of its intriguing lows.

The Swedish climate activist is being featured on the first cover of the newly launched Scandinavian edition of the fashion magazine. She slammed the fashion industry as a "huge" contributor to the climate crisis.

How fashion labels use social media