The single-party state is taking no risks ahead of the second summit to be held between the US and North Korean leaders. Hundreds of soldiers have already been deployed to the train station where Kim is set to arrive. 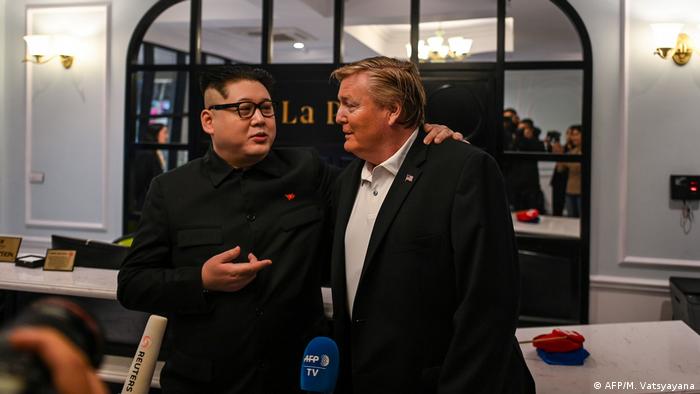 Vietnam promised a "maximum level" of security on Monday, one day ahead of a planned summit between US President Donald Trump and North Korean leader Kim Jong Un. Security was so tight, in fact, that a Kim impersonator says he was deported to Hong Kong because of the meeting.

Lee Howard Ho Wun, who uses the stage name Howard X, said that 15 police and immigration officers demanded an "interview" with him after he'd been posing for photos with tourists while dressed as Kim. He claimed he was then told his visa was invalid and forced to leave the country.

"But what is to be expected from a one-party state with no sense of humor?" he said as he left the country, referring to Vietnam's zero-tolerance policy towards dissent.

The tight security will likely be welcomed by the North Korean delegation, who have opted to take a private train to Vietnam instead of an airplane, reportedly for safety reasons.

Hundreds of soldiers were already on hand Monday to guard the Dong Dang train station at the border with China.

The two leaders are meeting for the second time, the first being their historic summit in Singapore last June. Although Trump hailed the results of the meeting, it later transpired that Washington and Pyongyang walked away with very different understandings of the vague agreement the two leaders made.

President Trump is expected to press for more concrete promises from North Korea to walk back its nuclear program, though most analysts believe Kim is unlikely to make any such vow.

The White House appeared to differ slightly in its attitudes towards North Korea on Monday, with Trump tweeting that he believed the isolated repressive nation had "more potential for rapid growth than any other" and was aware that it would be better off economically without nuclear weapons, hours after Secretary of State Mike Pompeo talked about Pyongyang as a nuclear threat.

In his State of the Union address, the US president announced he would meet the North Korean leader in Vietnam in February, and there are some important arguments in favor of choosing the communist country as a venue. (06.02.2019)