Vietnam's response to the pandemic is widely viewed as among the most effective in the world. Its ruling Communist Party is set to hold a congress that will select new leadership and shape policy for the next five years. 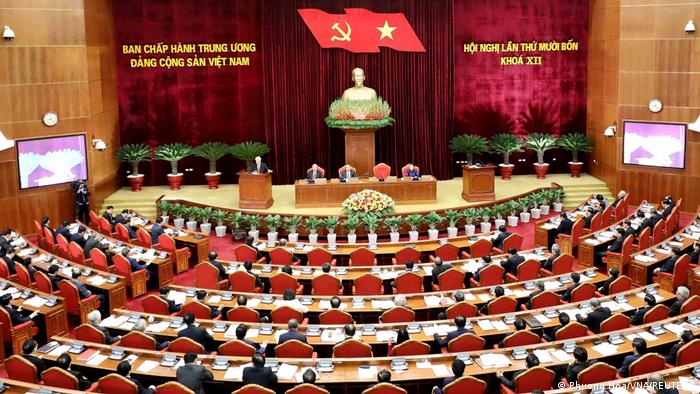 Few countries in the world have been as successful in combating the COVID-19 pandemic as Vietnam. Soon after the onset of the health emergency, authorities put in place strict measures to control the spread of the virus, which helped keep infection numbers under control throughout the year.

The Southeast Asian country has so far recorded 1,544 COVID-19 infections and 35 deaths, according to the US's Johns Hopkins University.

The government's successful handling of the health crisis has had a positive effect on the economy. Vietnam is one of the few countries that managed to post growth in 2020, expanding by 2.9% in a year when many economies worldwide recorded massive contractions.

The export-oriented nation is becoming increasingly important to the globalized economy and international supply chains. Furthermore, it has emerged as a major trade partner for Germany and the European Union since the EU-Vietnam Free Trade Agreement (EVFTA) came into force in August last year.

'Joy over the land'

In contrast to these economic and diplomatic successes, 2020 was a grim year for Vietnam's press freedom and freedom of expression. In the run-up to the Communist Party of Vietnam's (CPV) National Congress from January 25 to February 2, there have been more arrests than usual.

From the party's point of view, everything it does, including the suppression of public criticism and dissent, is for the good of the country.

Party leader and President Nguyen Phu Trong summed up the good mood at a meeting with the military on December 7, 2020: "Comrades, the air of joy and excitement is spreading across our country." Few heads of state or government could probably have said such a thing in the year of the pandemic.

At the most significant event in Vietnam's political calendar, members of the central committee are chosen, who then determine the future politburo. The congress also sets the political guidelines for the next five years.

Three renowned Vietnam experts shared their thoughts with DW on the challenges the new leadership will likely face over the next five years. 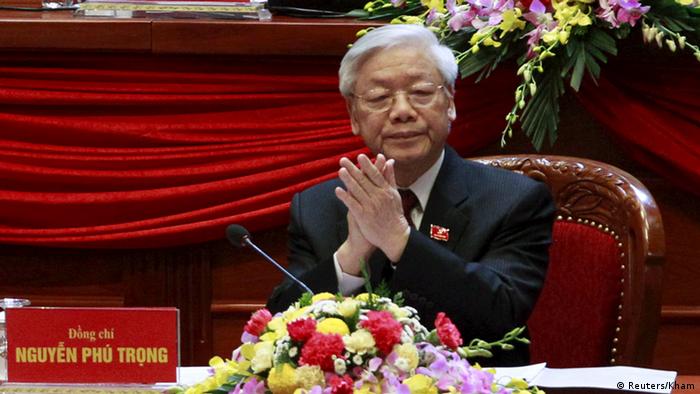 'Comrades, the air of joy and excitement is spreading across our country,' President Nguyen Phu Trong said recently

China as a persistent disruptive factor

For Carl Thayer, political scientist emeritus at the Australian University of New South Wales, Vietnam's energy security is the most pressing problem for the next five years. The booming economy needs more and more energy. The resources needed for this, oil and gas, lie just offshore within Vietnam's exclusive economic zone. But the People's Republic of China, which claims much of the South China Sea for itself in violation of international law, is preventing Hanoi from exploiting them in the overlapping claim areas.

The second major challenge for Vietnam, Thayer pointed out, is to resolve numerous longstanding tariff and trade-related disputes with the United States, its largest export market. Last December, for instance, Washington accused Vietnam of manipulating its currency to the disadvantage of the United States.

Thayer said he is optimistic that Hanoi will reach agreement with the United States on many issues. "Vietnam is likely to resume double-digit economic growth within the next five years," especially if it makes clever use of the many free trade agreements it has recently concluded.

Will there be reforms?

For Nguyen Phuong Linh, deputy director of the consulting firm Control Risks, reforms are at the top of the list of the measures needed to ensure robust economic growth and political stability. She wonders how the balancing act of achieving economic dynamism while suppressing open debate and preventing the establishment of independent institutions that could prevent corruption and waste, is supposed to work.

Also in need of reform, in her view, are often unprofitable state-owned enterprises and domestic capital markets, which do not meet international standards.

"The good news is some of Vietnam's leaders are well aware of the key challenges that the country is facing. But the bad news is either they are not key decision-makers in the country, or the decision-making process takes so long that the country might lose its comparative advantages — which are political stability, attractive demographic and a relatively cheap and hardworking labor force."

So what the country's chances are of meeting the challenge will only be clear after political posts are distributed at the National Congress.

Journalist Mike Tatarski, who lives in Ho Chi Minh City, points to the urgent need to modernize infrastructure. Much has been achieved in recent years, he says, but important large-scale projects that go beyond the expansion of the road network are stalled. The metro lines in Hanoi and Ho Chi Minh City are worth mentioning, as is the sluggish expansion of deep sea and airports.

"Vietnam is currently the darling of the global manufacturing world, particularly when it comes to tech production, but these shortcomings will become ever-more noticeable as more business moves here."

These problems could only be overcome if corruption and incompetence in major projects were fought at the same time, Tatarski said. But this would require institutional reforms.

But all other problems are dwarfed by the challenge posed by climate change. "I would argue that the single biggest challenge for the next five years, and for the indefinite future, is climate change." Heavy rains, floods and storms in recent years are just a taste of what's to come, the journalist said.

A particularly dramatic example is the Mekong Delta, which provides rice, vegetables and fruit for millions of Vietnamese. Rising sea levels are causing the river to become salinated, and dams on the upper reaches in Laos and China are causing it to lose nutrient-rich sediments. "Around 1 million people left the delta over the last decade, putting pressure on urban areas such as Ho Chi Minh City that are already struggling with climate-related problems of their own."

It will be difficult to reverse this dynamic, he said, especially since the government has limited influence over what happens outside Vietnam. But there are options, Tatarski said, "Smarter agricultural policies and the banning (or restriction) of sand mining would make a huge difference, and at least give residents some control over the region's destiny."

But, according to Tatarski, it is hard to tell what the government will do about the Mekong and on climate change in general. The government has recognized the problem, but it is not yet clear what strategy it will pursue.