Pulitzer Prize winner Viet Thanh Nguyen talked to DW about his latest novel, and how the Vietnamese perspective on war has been largely overlooked. 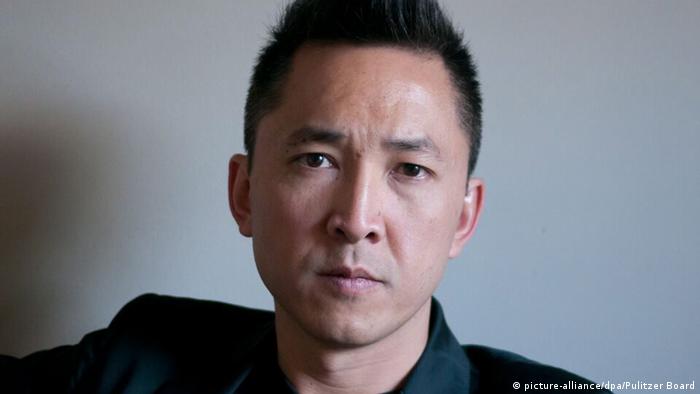 Viet Thanh Nguyen and his parents fled to the United States in 1975 from war-torn Vietnam. Having found sanctuary in literature as a youth, the Vietnamese-American went on to become a professor of English, American Studies and Ethnicity at the University of Southern California, and the author of non-fiction books like Nothing Ever Dies: Vietnam and the Memory of War, published in 2016.

The same year, his breakout novel, The Sympathizer, went on to win the Pulitzer Prize for fiction.

His second fiction effort, The Committed, published this year, continues his trilogy on the impact of Vietnam War through Vietnamese eyes. It tells the story of a young man displaced from communist North Vietnam who resorts to drug dealing to survive in capitalist Paris in the early 1980s.

The author spoke with DW about The Committed as a "minority novel," and about being forever a refugee.

Was the story intended to be a trilogy from the start?

When I wrote The Sympathizer, it was meant to be just a novel by itself. But by the end of the novel I discovered that the main character, the Sympathizer himself, had not let go of me. I wanted to explore both him as a person, but also him as a revolutionary, as someone who was devoted to revolution but disillusioned with the communist revolution.

You said in an interview: "I wanted to write a novel that was a so-called minority novel." Can you elaborate?

I grew up with a deep love of literature, which was really my salvation as a refugee coming to the United States. But the literature that I read was almost wholly the literature of white Americans and of European culture and the Western canon — all of which is important. But I felt that when it came time for me to be a writer, I wanted to assert what my experience was like, as in the experience of Vietnamese refugees and other Asian immigrants and Asian Americans in the United States. 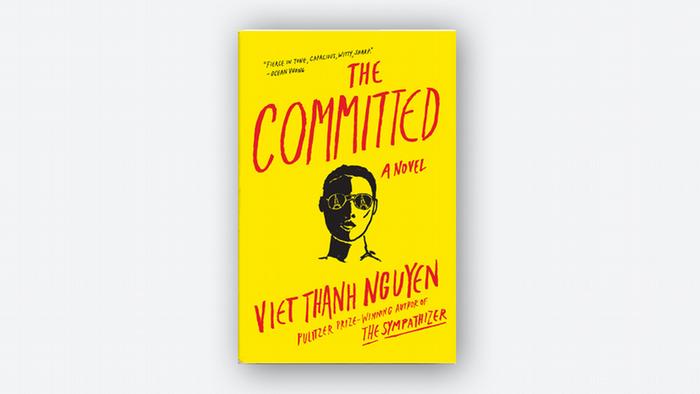 With your novels, you also wanted to create a new narrative about the Vietnam War. What is missing in the US narrative?

American memories and American stories circulate all over the world, whereas the Vietnamese, their narratives have not. So in order to even hear what the Vietnamese have to say about their own history and their own war, most people have to go to Vietnam. [They] find it oftentimes very surprising and very shocking.

I think it is important to make this intervention into American memory. What Americans get wrong about this war is that they think of it as purely an American war in which the Vietnamese are the bystanders of the drama — even though around 58,000 or so Americans died in the war, which is a tragedy. But we have to remember, about 3 million Vietnamese people died during this war. So I think Americans have a very hard time getting over their own ethnocentrism in looking at this experience.

The Committed is set in France. Did you have French readers in mind when you wrote it?

The Committed is very much my attempt to write a novel about the France that Americans and much of the world, including me, have a hard time seeing. I think the mythology of France, and Paris in particular, is so powerful and so seductive that even someone like me who is who is deeply critical of French colonialism is still seduced by this mythology of French culture. So I'm going to write this novel partly to interrogate that mythology and that seduction and to write a novel about Paris that is not about romantic Paris, but is instead a novel about the gritty immigrant and refugee Paris.

You still call yourself a refugee, although your actual flight ended decades ago. Do you remain a refugee forever?

I'm still someone who's affected by my refugee experiences and still trying to work those things out.

When we look at soldiers, veterans of wars, we understand that war's effects last for decades, even after wars are finished.

Now refugees in my opinion are just as much survivors of war as soldiers are. What refugees have been through are, in fact, war stories. Wars drive refugees out. The effects of war and displacement and a loss of one's country affects refugees for decades — often until the end of their lives. And so there is every legitimate reason to say that refugees are refugees forever, just as much as veterans are veterans forever.

Since the beginning of the COVID pandemic, verbal and physical assaults against Asian Americans have increased. How do you experience this?

The rise in anti-Asian violence was not only in the United States but occurred globally, wherever there were Asian immigrants or people of Asian descent in various countries, which would include the countries of Western Europe and in Germany as well.

No matter how many generations that have lived [in that country], they have often been targets for anti-Asian violence whenever there has been internal contradictions in a given country.

We have an increasingly large population of Asian Americans, about 6% of the country. [It's] the fastest growing minority in the United States. But that has not stopped the rise of anti-immigrant violence. It's our obligation to speak out more, to speak out more strongly about who we are and how we're a part of this country.

US protesters march against anti-Asian racism

Vietnam: Human trafficking on the rise amid COVID

Vietnam looking to take Southeast Asia back to the World Cup

It has been over 80 years since a Southeast Asian nation appeared at the World Cup. Such a dismal record is partly explained by incompetence and corruption, but now Vietnam is in the final round of qualifying for 2022.