Vietnam looking to take Southeast Asia back to the World Cup

It has been over 80 years since a Southeast Asian nation appeared at the World Cup. Such a dismal record is partly explained by incompetence and corruption, but now Vietnam is in the final round of qualifying for 2022. 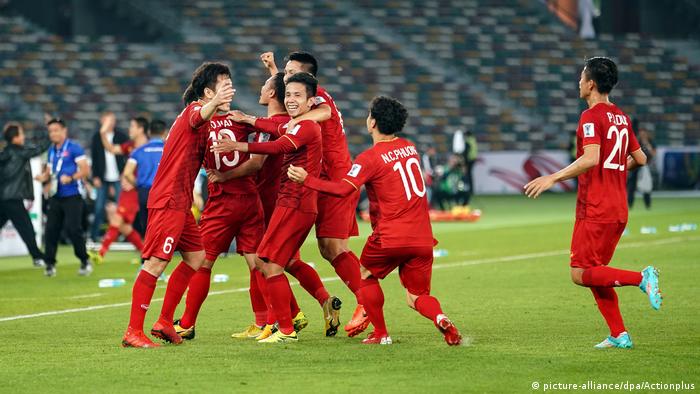 In 1938, Indonesia, then a colony known as Dutch East Indies, appeared at the World Cup. Since then, Southeast Asia, a football-loving region of 650 million people that lies between India to the west and China to the east, has yet to return to the global stage.

While other smaller Asian countries, such as the United Arab Emirates and Kuwait, have appeared at the World Cup, none from the much more passionate and populous football ASEAN (Association of Southeast Asian Nations) region have even come close. South Korea and Japan have regularly profited from high-profile stars, but no Southeast Asian player has ever shot to prominence in Europe's big leagues.

A catalyst for change could be to see a country from the region qualify for the World Cup and capitalize on the platform it affords. Vietnam is aiming to do just that in 2022 as they prepare to appear in the final round of qualification for the World Cup for the first time.

It all starts on September 2 with a tough trip to Saudi Arabia. Millions of fans back home will be cheering on the Golden Stars and many more in the wider region will be watching.

"I have friends from Thailand, Singapore, Malaysia who told me that for obvious reasons of rivalry, the people over there won't exactly be cheering for Vietnam," Dzung Le, former CEO of Vietnamese professional club Pho Hien FC, told DW. "Overall though they will be looking forward to seeing what Vietnam can do."

There are a number of reasons why Southeast Asia has underachieved in the game it loves the most. Dzung Le believes that there has historically been a lack of systematic youth development.

"As Thailand pushed for World Cups in the past and Vietnam now, I think that most of the time, we relied on certain batches of generational talents, rather than the development of football in general."

Ability is not enough, according to Steve Darby, former coach of Vietnam's women's team who has worked in Malaysia, Thailand and Singapore. The English coach blames past failures partly on those who run the game.

"There is poor planning and preparation. Indonesia with a population of 250 million should be a force but they have chaotic administration," Darby said.

As well as poor leadership, there have also been examples of blatant political interference and corruption. In Malaysia, politicians come with the territory. Despite talk of privatizing clubs, most teams are still funded and operated by state governments and local politicians.

Thailand's most successful team, Buriram United, was set up by Newin Chidchob in 2009, one of the biggest names in Thai politics.

In Indonesia, Golkar party member Nurdin Halid was president of the football federation in 2007 when he was sentenced to two years in prison for embezzlement but incredibly, he was able to keep his job as the person responsible for football in the country. 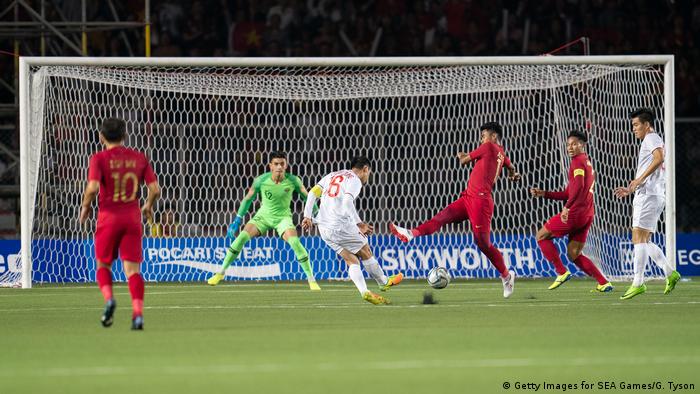 Vietnam has shown signs of moving away from short-term thinking and has made strides in youth development in recent years. The PVF Youth Football Training Center was named in 2020 as one of the top three academies in Asia by the Asian Football Confederation.

Former Japan and South Africa coach Philippe Troussier worked there until April. In December, 20 players graduated from the academy to join professional football clubs in the country.

"Both me and coach Park have a common philosophy. That is to create driving force and desire in footballers."

Park Hang-seo became head coach of Vietnam in 2017 and brought with him a more pragmatic approach.

"Vietnam have improved massively and are now a true team, not just a team relying on individual stars," said Darby. "The reasons being that firstly they have appointed an excellent coach in Park and the federation have not interfered and allowed him to do his job."

Vietnam is in Group B along with Japan, Australia, Saudi Arabia, China and Oman. A place in the top two would see them qualify directly for the World Cup but third place means the playoffs against another Asian nation with the winner playing a subsequent game against a team from another confederation.

Getting to Qatar would be massive for Vietnam as well as the wider region.   "It will certainly be an inspiration for the generations to come," said Dzung Le. "Economically, sponsorships and investments will definitely pour in, which can be a good chance to develop further."

In Darby's mind, that may be one World Cup too soon.

"My heart wants them to, but my brain says they won't make this World Cup, but they should be planning for 2026," he said.

The 2026 World Cup to be held in North America will be expanded from 32 teams to 48 and Asia's automatic allocation is expected to double to eight. This means that Southeast Asia can expect a return to the World Cup in 2026. But for 2022, Vietnam provide hope.

Iraq and Vietnam served up a footballing treat for the neutral in Group D as a topsy-turvy game produced no less than five goals, end-to-end action, and a dramatic last-minute winner from Ali Adnan for Iraq.