Central Asian nations fell short in World Cup qualifying, dashing any hopes of representation in Qatar. But, with Tajikistan pushing Uzbekistan to become the region's leading power, the future is looking bright. Tajikistan captain Akhtam Nazarov during a game against China

For the first time, the third round of World Cup qualifying in Asia will not feature a representative from Central Asia.

Uzbekistan, Tajikistan, Kyrgyzstan and Turkmenistan all saw their hopes of reaching the 2022 World Cup in Qatar dashed as none were able to position themselves among the dozen Asian nations that reached the third round.

Since the breakup of the Soviet Union in the early 1990s, that quartet have been trying to navigate the Asian Football Confederation — Kazakhstan decided to join UEFA in 2002 in search of higher standards and, perhaps, greater revenue. Despite their collective European football history, though, none have managed to do so.

But that doesn't mean that the future of football in the region is all doom and gloom, though. In fact, the opposite is true.

Tajikistan, for instance, finished second in their qualifying group behind Japan, Asia's highest-ranked team, and only missed out of the third round by the narrowest of margins.

Progress in the country is not only evident at the international level. In April, Istiklol FC, Tajikistan's premier club side, turned heads with their first appearance in the AFC Champions League, the continent's flagship club tournament.

"It is impossible to convey what happened but the country came together with people gathering to watch in bars and restaurants even though the games took place at midnight," he told DW. 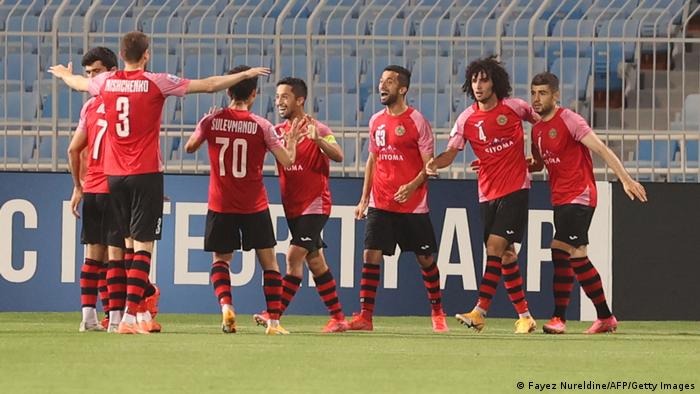 Ergashev has also coached the Tajik national team and was impressed with the second-place finish, collecting more points than Uzbekistan and missing out on the third round on goal difference only. The improvements have not come out of nowhere.

"In recent years, the federation has paid great attention to the sport's development in Tajikistan, including the opening of new stadiums, football schools and academies," Ergashev said.

Tajikistan's under-19 team has reached the last eight of the last two under-19 Championships in Asia. "We have learned to develop and identify young talents and the federation is on the right path," Ergashev said. "In the near future, football in Tajikistan and Central Asia can set the standards in Asia."

Uzbekistan have traditionally set the standard in this part of the world. Football in the country is helped by a population of 34 million — more than the other three combined —  the region's biggest economy, the most developed domestic league and clubs, and the best players.

The national team has also been the strongest, sprinting out of the Soviet bloc to win the 1994 Asian Games, although they have since struggled to take the final step to the biggest of stages.

The White Wolves have reached the playoffs for the 2006 World Cup and came close to qualifying in 2014 and 2018. This time, however, was different as the team failed to reach the third round. 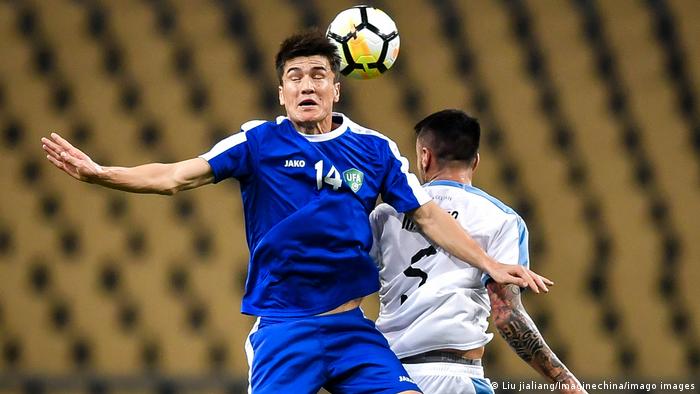 "It was a huge disappointment, and there will be changes coming soon, with a new coach and manager," Alisher Nikimbaev, head of the Uzbekistan national team from 2004 to 2010, told DW. "There have been a lot of discussions, and, while it was disappointing, it was close, and there was not a huge gap between the teams."

Nikimbaev said Uzbekistan would benefit from improvements in Tajikistan and Central Asia as a whole.

"Competition is good and not just on the pitch," he said. "The Central Asian Football Association (CAFA) moved its headquarters from [Uzbek capital] Tashkent to Dushanbe [in 2019], and there are more tournaments there. Tajikistan is rising."

Kyrgyzstan also took a step forward in the World Cup qualifying campaign, finishing three points behind Tajikistan in their qualifying group. And though there remain concerns surrounding Turkmenistan, one of the world's most insular countries politically, they were unfortunate not to do better, hindered by the sudden withdrawal of North Korea.

Subsumed as the region was as part of the USSR, it is not a surprise that teams from Central Asia have taken time to find their own paths on the international stage.

"Football in Central Asia has long been based on the old Soviet Union school, but there are more improvements," Ergashev said. "Countries are introducing new methods adapted to their own mentality, but more needs to happen." 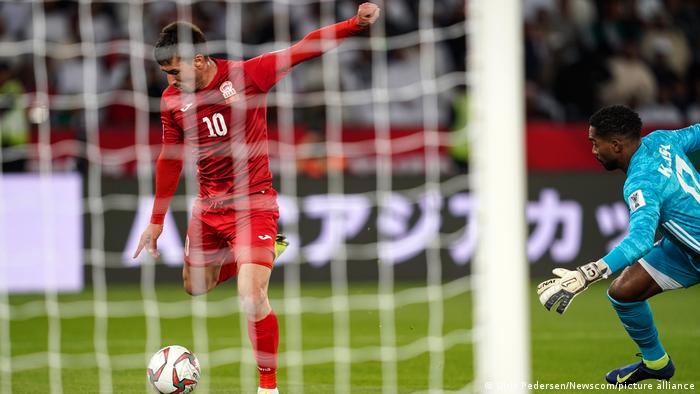 For Nikimbaev in Uzbekistan, more private investment in clubs and less reliance on public money is an issue that has to be addressed.

"There has been talk of privatizing clubs in Uzbekistan, but nothing has really happened," he said. "Clubs in the region do not yet generate money, and this has to be the next step."

More international success will help grow domestic markets. Three of the four countries qualified for the 24-team 2019 Asian Cup, the continent's quadrennial championship. It would be encouraging if all could reach the next edition in 2023, to be hosted in China, and the signs are good.

What really excites, however, is the World Cup, and the 2026 tournament could be a real catalyst for growth. At the moment, Asia has just four automatic places usually taken by Japan, South Korea, Australia and Iran. The 2026 World Cup will however be expanded from 32 to 48 teams with Asia's allocation expected to rise to eight, making the tournament a realistic goal for many teams.

"Kyrgyzstan and Tajikistan will be aiming to qualify, and, of course, Uzbekistan will come back as strong as possible," said Ergashev. "A place at the World Cup would be huge for football in the region and take it to the next level."

While Uzbekistan's national team have been a pleasant surprise at the Asian Cup, the next generation of footballers is already in the pipeline. And they're being trained using tried and tested methods – from Germany.