At least 16 people have been arrested by Austrian and Swiss police in connection with the Vienna shooting. Authorities say at least one "Islamist terrorist" was behind the attack and that more suspects could be at large. 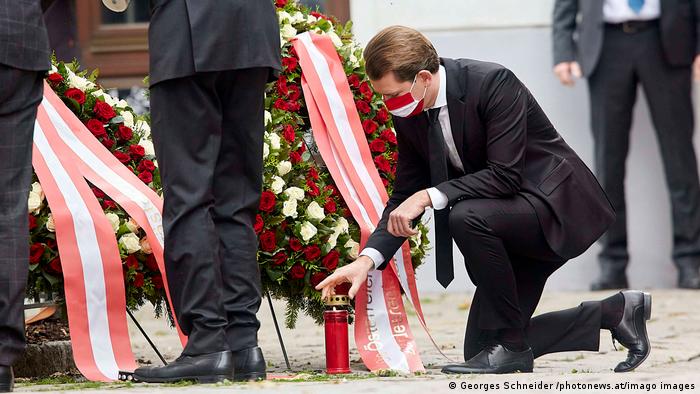 Austrian police announced on Tuesday that a shooting rampage in Vienna had been carried out by a known Islamic extremist who had spent time in prison. Authorities are probing the motive behind the deadly attack, which left at least four people dead and more than 20 injured.

Police have arrested 14 people who had links with the Vienna gunman,  Interior Minister Karl Nehammer said.

"This shows the resolute and relentless approach of our police and justice authorities in the fight against terrorism in our country," Nehammer told Austrian news agency APA.

It was not immediately clear what the 14 people are suspected of. Under Austrian law, detention on remand is allowed if there is a risk that suspects could flee, suppress evidence or commit more crimes.

Hundreds of police have been deployed across Vienna to search for suspects.

North Macedonia's Interior Ministry said in a statement that three people who were involved in the gun attacks all have dual Austrian and North Macedonian citizenship. All three were born in Austria, the ministry added, naming the three only by initials.

The shootings came as many people were out and about enjoying the last evening before a nationwide coronavirus lockdown was due to come into force.

One suspected attacker, who was armed with an assault rifle and wearing a fake suicide vest, was shot dead by police.

Nehammer told an early morning press conference on Tuesday that investigations indicated the man was a sympathizer of the extremist group "Islamic State." He added that more perpetrators may be on the run and urged citizens to stay home if possible.

Two men and two women have been confirmed dead.

"We have received the sad confirmation that a German national was among the victims of the Vienna attack," Maas said in Berlin.

Health authorities cited by Austria's APA news agency also said seven victims of the attack were in a critical, life-threatening condition in hospital.

What we know about the gunmen 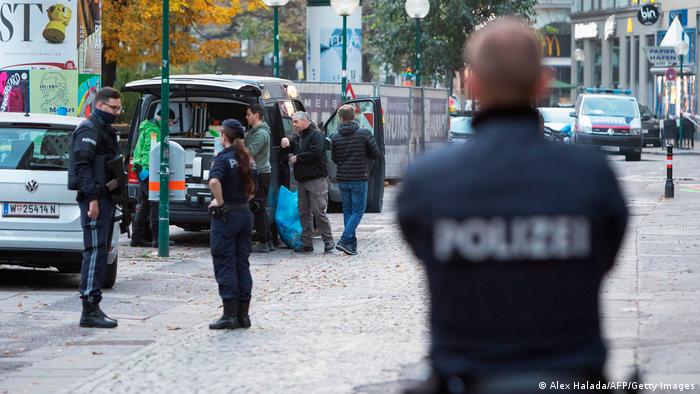 Austrian Chancellor Sebastian Kurz described the shootings as a "repulsive terror attack" and urged the country to unite in the wake of the killings.

In a televised address on Tuesday, he vowed that Austria would defend its democracy, fundamental rights and its liberal way of life.

"We will never allow this hatred to gain ground," Kurz said in a televised speech.

"We must be aware that this is not a conflict between Christians and Muslims or between Austrians and migrants," he added. "Our enemy — Islamist terrorism — does not only want to cause death and pain, but it wants to split our society." 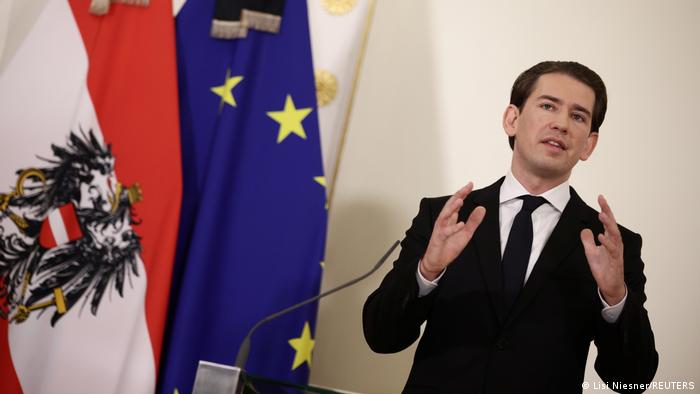 Kurz told his fellow Austrians: "We will never allow this hatred to gain ground"

The Austrian government has declared three days of national mourning and ordered flags on public buildings to be flown at half-mast until Thursday. Across Vienna, bells tolled at midday on Tuesday as the country marked a minute of silence for the victims.

"There's a sombre mood, sorrow and sadness over the senselessness of this act," DW correspondent Steve Chaid said.

"Vienna is one of the great cultural capitals of the world, and for someone claiming to represent a group like IS, which is a cultural dead end, thinking that by carrying out an attack like that in a great cultural center is going to accomplish any kind of lasting statement ... it just creates sadness and sorrow."

How have leaders reacted?

French President Emmanuel Macron was one of the first foreign leaders to react on Monday night. France has been grappling with a series of deadly terror attacks in recent weeks, including the beheading of a school teacher in a Paris suburb and a knife attack at a church in Nice.

"We must let our enemies know what they are up against. We will not give in," he said.