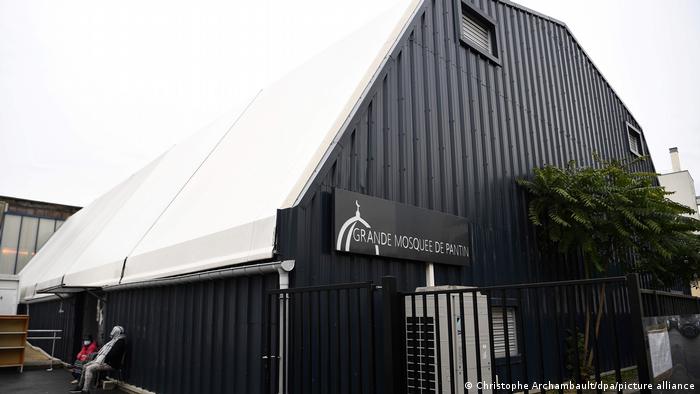 French Interior Minister Gerald Darmanin on Tuesday ordered the closure of a mosque in northeastern Paris as part of a crackdown on radical Islam following the murder of a teacher.

History teacher Samuel Paty, 47, was beheaded outside his school in the suburb of Conflans-Sainte-Honorine on Friday after he showed his pupils caricatures of the Prophet Muhammad for a class about freedom of speech. His attacker, an 18-year-old Chechen refugee, was shot dead by police.

The Grand Mosque of Pantin had shared a video on its Facebook page days before the murder, denouncing the teacher's use of the cartoons.

The Interior Ministry said the mosque, which has around 1,500 worshippers, would remain shut for six months from Wednesday night. The closure was "for the sole purpose of preventing acts of terrorism," an official notice plastered outside the mosque said.

'No room for violence'

The video posted by the mosque was filmed by the father of one of Paty's pupils. In it, he calls Paty a thug and accuses the teacher of singling out Muslim students.

The mosque's imam, M'hammed Henniche, told the AFP news agency that he regretted sharing the video on social media, but that he had done so out of concern for Muslim children, not to endorse its complaint about the Muhammad cartoons.

"There's no room for violence in our religion," the Pantin mosque said in a statement published on its Facebook page on Monday. "We strongly condemn this savagery."

Authorities have raided a number of properties and arrested at least 15 people since the murder — including the father who filmed the video and four school students. Police investigations have targeted Islamist networks in and around Paris, with a focus on hate messages and the fierce online campaign directed at Paty before he was killed.

Legion of Honor for slain teacher

Education Minister Jean-Michel Blanquer said Tuesday that Paty had been "martyred" because of his profession, and would be posthumously bestowed France's highest order of merit, the Legion of Honor.

Meanwhile, a silent march to pay tribute to the teacher was expected to take place in Conflans-Sainte-Honorine later in the evening.