Twenty nations are gathered in Vienna to discuss the expanding threat presented by "Islamic State" in Libya. The country's Government of National Accord is struggling to maintain national security. 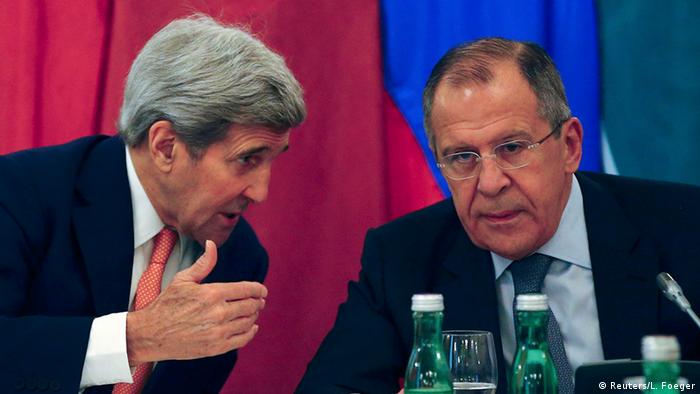 A conference co-chaired by the United States and Italy is set to start on Monday in the Austrian capital, Vienna. On Sunday, US Secretary of State John Kerry met with Saudi Kind Salman to lay the groundwork for the meeting.

Since March, a national unity government has been gradually exerting its influence in Libya following years of unrest in the country. However, the government – led by businessman Fayez al-Sarraj and backed by much of the international community – faces political opposition from within Libya and the threat of the so-called "Islamic state" (IS) establishing a bigger foothold.

"A common effort is needed to help the process of bringing stability to Libya," said Italian Foreign Minister Paolo Gentiloni ahead of the summit.

The flow of migrants from Libya across the Mediterranean to Europe is also a topic for discussion in Vienna.

The meeting is scheduled to last for two days, with the focus shifting to Syria on Tuesday. Representatives from Iran, Saudi Arabia and Russia are also expected to attend.

A separate meeting on Monday evening will seek to further calm a recent resurgence of violence between Azerbaijan and Armenia over the breakaway Nagorny Karabakh region. The territory has been disputed for years, but fighting has recently risen to its worst levels since 1994.

Russia has brokered a tenuous ceasefire, and its representatives, along with US Secretary of State John Kerry and representatives from Azerbaijan and Armenia, will attempt to improve the situation.

Rickety boats and rubber dinghies were the most common modes of transport for refugees trying to reach Italy. Naval personnel pulled nearly 1,800 people from such vessels over the course of just 24 hours. (06.05.2016)

Italy is once again Europe's main gateway for asylum-seekers now that the Balkan route is closed. But many end up homeless due to the nation's faltering reception system. Diego Cupolo reports from Rome. (10.05.2016)