The verdict in the case against former IMF chief, Dominique Strauss Kahn, will be given on June 12. During the final day of his trial, Strauss-Kahn said that sex parties were an outlet for his high-stress career. 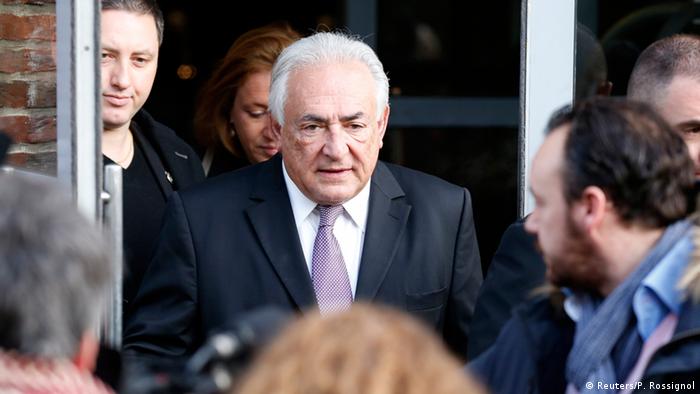 Dominique Strauss-Kahn will learn his fate on June 12, a French court said on Friday. The former International Monetary Fund (IMF) chief was once a favorite for the French presidency.

"This is the first time during the trial that I've been able to speak and have the feeling that I am being listened to. Thank you for that," said Strauss-Kahn taking the stand for the final time.

As the trial drew to an end, the case against "DSK" - as he is widely known in France - appeared to be weakening.

Key charges against Strauss-Kahn included aggravated pimping in relation to sex parties set up in Lille, Paris and Washington. Central to the case was whether Strauss-Kahn organized the parties or knew that the prostitutes attending the parties were paid to participate.

Dominique Strauss-Kahn admitted attending the sex parties, saying they were an important outlet for his high-stress career.

Group sex and paying for sex are not illegal in France, whereas knowingly attending or organizing gatherings, where a third party has paid for sexual services, is illegal. Organizing and profiting from prostitution is considered pimping and is punishable by up to 10 years in prison.

During closing arguments, the prosecutor called for the acquittal of Strauss-Kahn because there was not enough evidence to bring him to trial. The investigating magistrate had decided last year to bring Strauss-Kahn to trial despite the prosecutor's concerns.