Dominique Strauss-Kahn: The rise and fall of a political star

Former IMF boss and top French politician Dominique Strauss-Kahn is standing trial for "pimping in an organized group." It's by no means the first time he has been embroiled in a sex scandal. 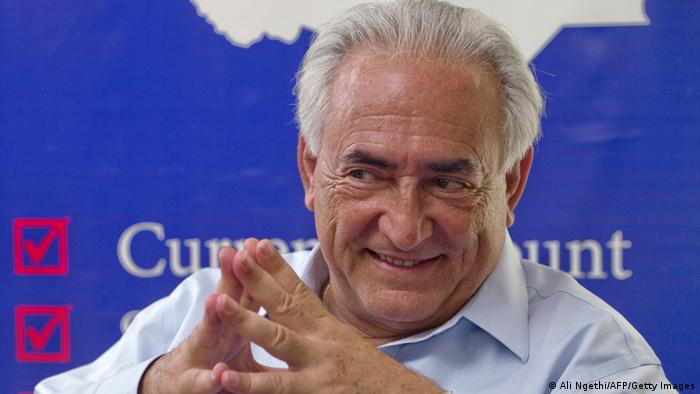 For almost four years Dominique Strauss-Kahn led one of the most important institutions in the world, the International Monetary Fund (IMF). Previously, he was a French "super-minister" of Economy and Finance, and in 2011, even the office of French President seemed within reach for the Socialist Party member. The multilingual economics professor was celebrated as a popular politician and in the wake of the global financial crisis as a "doctor of the world economy" - advising governments around the world.

But time and time again his meteoric career was offset by a its fair share of scandals. As early as 2008, as he began his work as IMF Managing Director, an affair with one of his employees was cause for excitement. By mutual agreement, the woman left the IMF shortly after and Dominique Strauss-Kahn, known in France as "DSK," developed an excellent reputation at the institution and soon became one of the most influential men in the world. 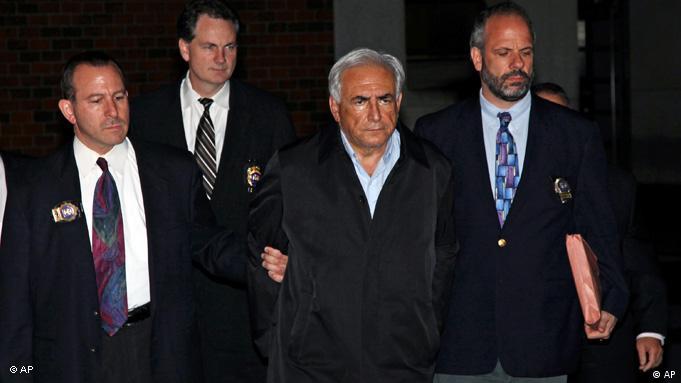 Then in May 2011 came the first major setback. The New York Police Department arrested Strauss-Kahn, when he was already aboard a France-bound plane waiting for take-off. Handcuffed, he was thrust into the limelight of the press - an image that went around the world.

Nafissatou Diallo, a maid at the luxury hotel "Sofitel" in New York, had accused Strauss-Kahn of forcing her to have oral sex and sexual intercourse. The former director of the IMF was remanded in custody. A few days later, he resigned as head of the IMF, all the while stressing his innocence.

The investigation continued however, and Strauss-Kahn remained on bail in a New York apartment for six weeks, having been banned from leaving the US. In July 2011, however, he celebrated the lifting of his house arrest with a visit to a fine dining restaurant. The criminal proceedings were terminated due to doubts about the credibility of the witness before Strauss-Kahn settled the civil matter with Diallo with an out of court settlement at the end of 2012.

In September 2011, DSK returned to France for the first time since his arrest. His reputation seemingly re-intact, many were even calling for Strauss-Kahn to run for a nomination in the upcoming French presidential elections. But soon after Strauss-Kahn's arrival in France, allegations of sexual harassment resurfaced - this time from a young journalist who said Strauss-Kahn had molested her during an interview in 2002. 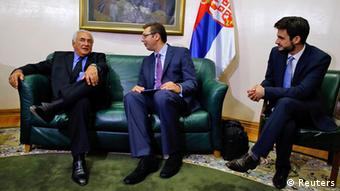 'Doctor of the world economy': Strauss-Kahn in Serbia, 2013

In France it is not illegal to pay for sex, but it is against the law to solicit or to run a prostitution business.

In 2012, Strauss-Kahn remained in police custody for two days. In March of the same year, yet another criminal investigation was launched, in which Strauss-Kahn was accused of "organized pimping." Investigators believed that, whilst Strauss-Kahn was still head of the IMF, he was also playing a pivotal role in such events, in which he became known as the "Party King." He admitted to having attended the parties but argued that he didn't know the women were prostitutes.

In June 2013 the prosecutor scalled for the case to be dismissed. The judges, however, pressed charges as they doubted DSK's credibility. A further 13 former politicians also faced similar charges. In the same year, Strauss-Kahn's third wife Anne Sinclair filed for divorce.

Pimping charges against the former head of the International Monetary Fund (IMF), Dominique Strauss-Kahn, will be pursued by French courts, a judge has declared. Strauss-Kahn's lawyers have said they will appeal. (19.12.2012)