Former IMF chief Dominique Strauss-Kahn is one of 13 people accused of organizing sex parties with prostitutes. He has told a French court he was unaware the women present at the evenings were prostitutes. 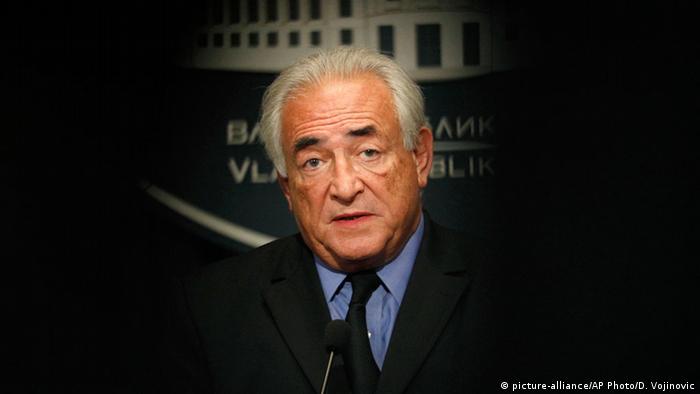 Strauss-Kahn was asked by the president of a panel of four judges if he had changed his mind about his guilt. He replied: "I assume you are referring to the fact that I was never aware that these women were prostitutes. No, I haven't changed my mind."

In a letter read out to the court, Strauss-Kahn explained that he had refused to cooperate with a psychiatric report because "I remain convinced that I have committed no crime or misdemeanor in this affair."

The 65-year-old former French finance minister and 13 co-defendants are accused of
aggravated pimping in connection with a sex ring centered on the Hotel Carlton in Lille. DSK denies the charges.

One of them, known as "Mounia," said she had been paid before the meeting by Strauss-Kahn's friends, not by DSK himself and that she thought that there "could be no doubt that everyone there knew the girls were being paid."

Mounia, from Lille, told the court that she was recruited by one of Strauss-Kahn's co-defendants, David Roquet, and traveled from Lille to Paris by train with Roquet and two other men to a Paris hotel, where she was presented to Strauss-Kahn for sex.

The detailed evidence given by the two former sex-workers was important to the prosecutors, who have argued that DSK would only have treated a prostitute in the way they described way.

Roquet and a fellow businessman friend of Strauss-Kahn, Fabrice Paszkowski, as well as the police chief Jean-Christophe Lagarde, who were present at the Paris soirée and other soirées with Strauss-Kahn, all deny pimping charges.

Strauss-Kahn's testimony was scheduled to continue through Friday.

The former chief of the IMF has gone to trial for "pimping" as part of a prostitution ring. The economist, a former hopeful for the French presidency, fell from grace in 2011 after a maid accused him of sexual assault. (02.02.2015)