Berlin, Mallorca, the Italian Riviera - all these popular vacation destinations are also home to local protest movements against the masses of tourists. Now a similar dispute has come to a head in Venice as well. 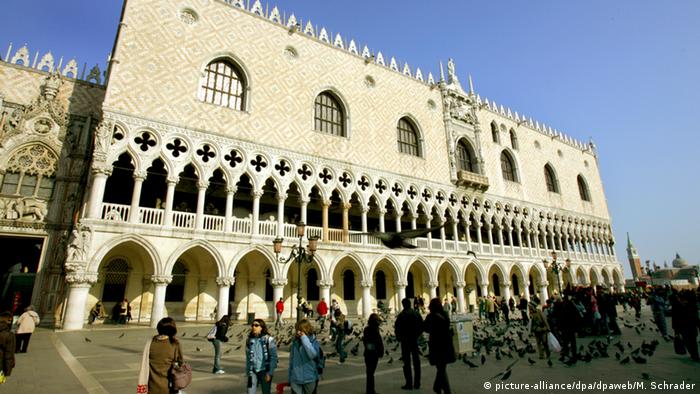 A must-see destination: Doge's Palace in the heart of Venice

Flyers posted throughout Venice have been telling visitors to "go away," the Corriere del Veneto newspaper said Thursday, as the Italian tourist hotspot struggles to deal with its popularity among holidaymakers.

"Tourists go away!!! you are destroying this area!" read the signs pasted on walls across the canal city, including one of Venice's oldest churches, the San Giovanni in Bragora, the paper reported.

It was unclear who had carried out the anti-tourism stunt. Many are fed up with the hordes strolling around Piazza San Marco, blocking bridges and crowding alleys. Authorities have been racking their brains for ways to better deal with the floods of tourists.

In an attempt to ease the pressure, residents and locals now use separate entrances to the canal city's water buses, the Vaporetti. The initiative, which started in June, allows residents to board faster by avoiding tourists.

Summer is here, but in many countries that doesn't necessarily guarantee sunshine. That's why we're presenting the top 10 sunniest cities in Europe, where sun-seekers are unlikely to be disappointed.