Venezuela's president has closed another section of the border with Colombia as part of a crackdown on smuggling. At the same time, he announced that his country was prepared to take in 20,000 refugees from Syria. 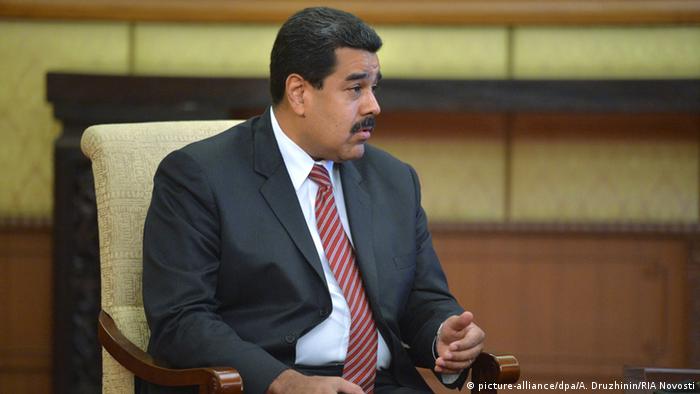 President Nicolas Maduro used a nationally televised cabinet meeting late on Monday to announce that he had ordered the closure of a border crossing in the state of Zulia.

"I have decided to close the border crossing at Paraguachon, Zulia state," Maduro said, before adding that he would also deploy an additional 3,000 troops in to the region.

The president also declared a state of emergency in three cities in the state.

This was just the latest move in what Maduro has said is a crackdown targeting the illegal smuggling of cheaper subsidized food and other goods out of Venezuela and into Colombia.

Maduro began closing down the border in mid-August after three unidentified gunmen attacked a Venezuelan border control, wounding three guards and a civilian.

Also on Monday, the Venezuelan president announced that his country was prepared to welcome thousands of refugees from the four-year-old conflict in Syria.

"I want 20,000 Syrians, Syrian families, to come to Venezuela and share this land in peace," Maduro said, adding that the country was already home to "a large Syrian community."

He also reiterated his support for Syrian President Bashar al-Assad, whom he described as "the only leader with authority in Syria," despite the fact that large swathes of territory are controlled by "Islamic State" jihadists and other rebel groups.

Venezuela and Colombia have both recalled their ambassadors amid a dispute over the closure of a major border crossing. Hundreds of Colombians have been deported under a Caracas plan to curb crime along the frontier. (28.08.2015)

On Tuesday. Venezuela unexpectedly reopened its border with Colombia. It closed the border two years ago amid a diplomatic spat with Colombia. Venezuelans are glad to be able to get food and medicines legally again.