Colombia has protested the mass deportation of its citizens from Venezuela during a crackdown on smuggling. It comes after Caracas indefinitely closed a major crossing between the two countries. 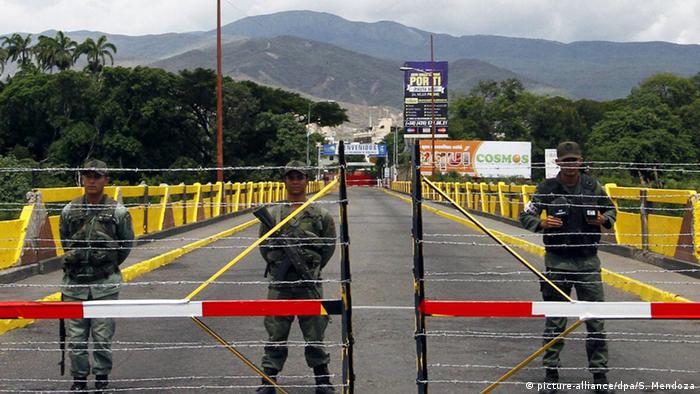 Colombia says hundreds of its citizens have been deported from Venezuela in the last five days, in some cases separating children from their parents.

It comes after President Nicolas Maduro closed a major border stretch and declared a state of emergency in several western cities, following a shootout between smugglers and troops that left three soldiers wounded. Maduro alleges the gunmen belonged to paramilitary gangs operating from Colombia.

Maduro also deployed troops to the border to search for smugglers who purchase low-cost goods in Venezuela and resell them across the border at a huge profit.

Figures vary, but between 750-1,000 Colombians are understood to have been deported in recent days. Colombia's Interior Minister Juan Fernando Cristo has labeled the crackdown a "humanitarian crisis."

"We're convinced that closing the border isn't how we fight contraband," Holguin said.

Maduro said last week that the border area would not be re-opened again "until the attack on Venezuela's economy from inside Colombia stops."

He reiterated these words on Monday, blaming Colombian paramilitaries and smugglers for his country's woes. Venezuela suffers shortages of basic goods, soaring inflation and the world's second-highest murder rate, according to the UN.

Venezuela blames the smuggling of its heavily-subsidized food and other goods to Colombia for the widespread shortages it faces at home.

The two countries' foreign ministers are due to hold talks on Wednesday.