Venezuela is stuck in one of the worst economic crises of its history, taking a huge toll on its population. Will Sunday's presidential elections bring about any change? Evan Romero-Castillo reports. 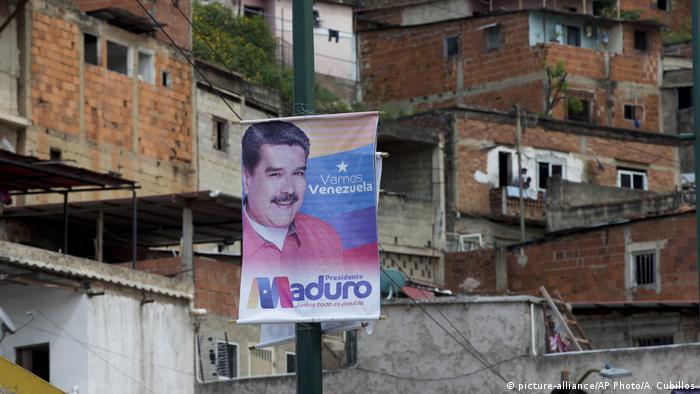 Venezuela is no stranger to political crises, since it gained its independence from Spain in 1810. But today's political situation is probably the worst it has ever faced, due to its repercussions on the country's economy and society.

Despite the anti-corruption discourse that formed part of the Bolivarian Revolution, a leftist political process led by late President Hugo Chavez, public servants in Nicolas Maduro's government are hiding billions of misappropriated funds in offshore accounts. While the oil price is rising, Venezuela's production of its most precious resource is decreasing considerably.

The devaluation of the country's currency, the bolivar, coupled with hyperinflation and a shortage of cash, have all taken a massive toll on industries, businesses and citizens alike.

Even those Venezuelans who more or less get by survive with their shrunken salaries have difficulty finding food, medicine or auto parts, due to a sharp reduction in imported goods that has only worsened since 2017.

When the Venezuelan government admits to these realities, it blames them on falling oil prices, economic sanctions imposed by the United States and the international financial system.

But Venezuela's economic woes began well before the US announced its punitive sanctions. Moreover, other nations whose economies depend on rising and falling oil prices are not experiencing such massive shortages of goods. 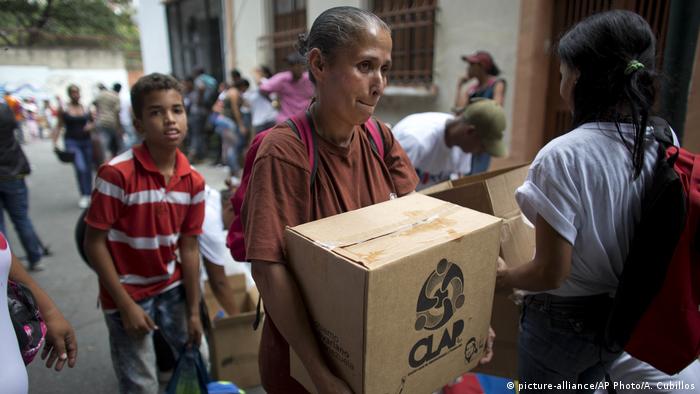 Many Venezuelans are struggling to make ends meet

To explain Venezuela's economic calamity, analysts point to an excessive dependence on oil rents and strict governmental controls over currency exchange as the roots of the problem.

Most of the international community, except those countries still allied with Caracas, describe Venezuela's situation as a legitimate catastrophe. Hope is not on the horizon as Venezuela holds presidential elections that have drawn sharp criticism from western democracies. Ivo Hernandez, political scientist at the University of Münster in Germany, explains that Sunday's vote was organized by the National Constituent Assembly, a body whose existence is "at odds with the constitution" and doesn't have the authority to call elections.

"The candidates that are challenging Maduro, Henri Falcon and Javier Bertucci, are politicians that promote themselves as opposition but that have had connections to the Chavista [followers of Hugo Chavez — the ed.] regime," Hernandez said, adding that "Maduro doesn't have real rivals, these elections are staged. They are pure theater."

What is real, Hernandez affirms, is the suffering that is pushing Venezuelans to leave the country en masse.

Despite the perceived lack of a credible challenger, polls indicate that a contest between Maduro and Falcon could emerge, notwithstanding the president's unpopularity and the mistrust that Falcon inspires from opposition voters.

Maduro will hope to benefit from continued division within the opposition, as has been the case since late 2017. Falcon, on the other hand, is pinning his hopes on last minute support from staunch opposition voters.

Economist Alejandro Marquez Velazquez of the Free University of Berlin says that Falcon is hoping to gain opposition votes by promising the dollarization of the Venezuela economy to curb inflation, while Maduro is betting on the poor's dependency on government aid and their fear of losing it as his winning strategy.

"Although public opinion polls show that many people reject Maduro's tenure, it is estimated that half of the country's population is dependent on government food subsidies," Marquez Velazquez said.

"Aid recipients are pressured to vote and have denounced attempts by government officials to make them prove that they voted for the government, as they exit polling places," he added.

Many Venezuelans are struggling to make ends meet

Is dollarization the answer?

Maduro created the Petro, a new cryptocurrency, as a solution to the currency problem. But this experiment, plus other attempts to tweak the fixed currency exchange system, have all failed, Marquez Velazquez said.

"I think that Henri Falcon's proposal to slow down inflation through a dollarization of the economy could work," though Marquez Velaquez cautioned that the sustainability of this method is still debatable, in a Petro state such as Venezuela that still needs to diversify its export products.

Political scientist Ivo Hernandez disagrees. "The most serious problem in Venezuela is no longer the fixed currency exchange scheme that has long helped fill the coffers of government corruption, nor is it the oil resource that now is only useful for paying off Venezuela's debts," he said.

Hernandez believes it is the imminent collapse of Venezuela's state oil company PDVSA that represents the biggest problem for the economy and overall, "Falcon and Maduro are wrong to not address the elephant in the room," he said.

The EU has called on Nicolas Maduro's government to hold "free, transparent and credible elections" on May 20. Venezuela's opposition coalition says it will boycott the vote if they are not free and fair. (19.04.2018)