Venezuela's Constituent Assembly has backed plans for a presidential election before April 30, months ahead of schedule. But neighboring countries say the move to allow Nicolas Maduro a second term lacks legitimacy. 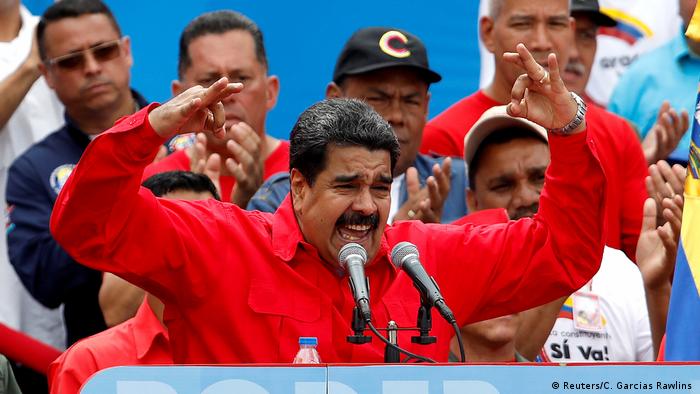 Venezuela's National Election Council has been authorized to set an exact date for the next presidential election after the Constituent Assembly — a body dominated by supporters of current leader Nicolas Maduro — approved plans for an early vote.

Delegates ordered the election to take place before April 30, seven months ahead of schedule — a move widely seen as allowing Maduro to take advantage of disarray in the country's opposition despite a worsening economic crisis.

The 55-year-old's opponents, who have called for his resignation over what they call his power grab and mismanagement of the country's oil wealth, said the decision came as a surprise.

Maduro said on Tuesday he was ready to seek re-election if the ruling United Socialist party selects him at a convention on February 4.

"They (National Election Council) should find the closest date, to get this out of the way so we can begin to make a great revolution," he told supporters.

The vote had been slated for December, to allow the government and the opposition to agree a peaceful atmosphere, following months of angry and at times deadly protests.

Maduro was handpicked by his longtime predecessor Hugo Chavez, who ruled Venezuela from 1999 until 2013, and who died from cancer while in office.

Top party official Diosdado Cabello confirmed to the Assembly that Maduro would be the party's sole candidate.

But the former bus driver and union leader's unpopularity rating has risen to 70 percent after inflation in the oil-rich country climbed to double digits which led to shortages of food and medicine.

Despite the opposition forming a coalition called the Democratic Union Roundtable (MUD), it has been unable to capitalize on Maduro's woes, and suffered defeats in regional and municipal elections. 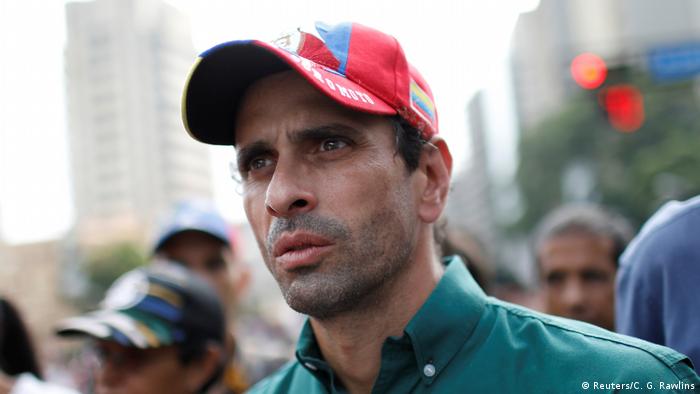 Opposition leader Henrique Capriles, who lost to Maduro in 2013, has been banned from running for election for 15 years

The opposition and government have been holding talks in the Dominican Republic for several weeks to try to agree a free and fair election, complete with the participation of foreign observers.

Maduro and his top officials have faced international rebuke for their recent consolidation of power, including the introduction of a Constituent Assembly last July, mostly made up of the president's supporters.

The US and the European Union have placed sanctions on Venezuela in retaliation for Maduro's crackdown on his opponents.

Foreign ministers from neighboring Latin American governments meanwhile denounced the early election, saying in a harshly worded joint statement that it was "impossible" for the ballot's outcome to be credible under current conditions.

Mexico, one of several foreign governments mediating the talks in the Dominican Republic, said it was withdrawing its support for the talks to protest the Maduro government's move.

Should the presidential vote be perceived as fraudulent, further foreign sanctions could be imposed, including by US President Donald Trump who has made opposition to Maduro a prominent feature of his foreign policy.

Venezuela's rogue helicopter pilot in shootout with authorities outside the capital

Police officer Oscar Perez had been on the run since the summer. He made headlines last year after stealing a helicopter and launching grenades at government buildings. (16.01.2018)

Venezuela releases dozens of political prisoners ahead of talks

The prisoner release is a Christmas goodwill gesture ahead of talks between the Maduro government and the opposition. More than 200 political prisoners still remain behind bars. (24.12.2017)