Venezuela′s rogue helicopter pilot in shootout with authorities outside the capital | News | DW | 16.01.2018

Venezuela's rogue helicopter pilot in shootout with authorities outside the capital

Police officer Oscar Perez had been on the run since the summer. He made headlines last year after stealing a helicopter and launching grenades at government buildings. 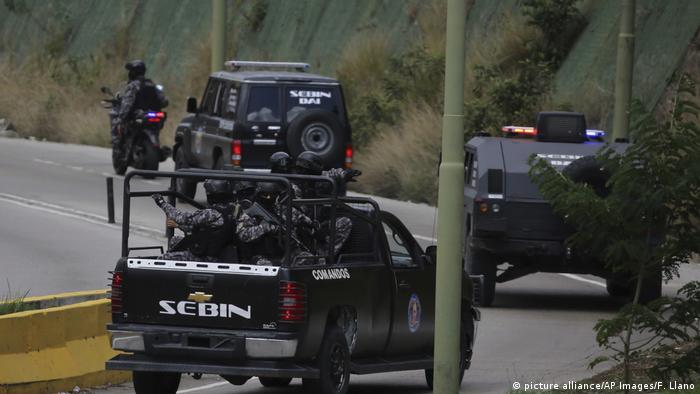 Venezuelan Interior Minister Nestor Reverol, on Tuesday, confirmed that Oscar Perez was among the "terrorists" killed by security forces engaged in a deadly shootout outside the capital Caracas on Monday. Opposition politicians have called for an investigation into what they say was an extrajudicial killing after video surfaced of Perez shouting his willingness to surrender. 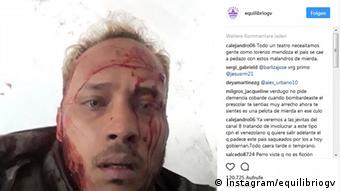 The Interior Ministry had released a statement Monday, which said, members of a "terrorist cell" were killed and five others captured. It has now been confirmed that all seven men were killed in the operation, which also resulted in the deaths of two police officers and the serious injury of eight more.

Perez was wanted for using a stolen helicopter to fly over downtown Caracas and lob grenades and small-arms fire on government buildings, including the Interior Ministry and Supreme Court last June.  He was also accused of breaking into a National Guard unit in December and stealing weapons.

President Nicolas Maduro's left wing government has described Perez as a "fanatic, extremist terrorist." A manhunt has been under way since the summer.

In addition to being a trained officer, Perez was an actor, pilot and dog trainer. That eclectic background prompted some Maduro critics to question whether Perez's attacks were staged in cahoots with the government to justify a further crackdown on the opposition.

Venezuela's political crisis has been triggered by economic collapse that is fed by the world's highest inflation rate and a shortage of basic goods including foods and medicines.

Filming while under fire

Police finally tracked down Perez in the poor hillside neighborhood of El Junquito on the edge of the capital. Despite the firefight with police Perez managed to post videos of the attack on social media while under fire.

"We're wounded ... they're killing us!" said Perez in one video, apparently wearing a bulletproof vest. Gunshots were heard in the background as he appeared to be in a crouched position inside a small house in one video.

"Venezuela, don't lose hope ... Now only you have power so that we can all be free," he said in an earlier video, staring into the camera and telling his children he loves them and hopes to see them again.

In another video, a bloodied Perez said, "They are firing at us with grenade launchers. We said we are going to surrender but they do not want to let us surrender. They want to kill us."

Opposition politicians had called for due process on Monday when news broke of the gun battle and arrests.

"There is no death penalty in Venezuela," tweeted opposition lawmaker Yajaira Forero. "We demand that Mr. Oscar Perez's right to life be respected. If he committed a crime he must be judged by a court, as the law establishes."

Now, after his death, a special commission has been formed to conduct an independent investigation into the incident in Venezuela's opposition-led National Assembly.

Delsa Solorzano, who has been designated to head the committee, asked: "How is it possible that while surrendering, they riddled him with bullets?" Solorzano has demanded the government turn over the bodies of the dead so that a transparent investigation can be conducted and their families can bury them. 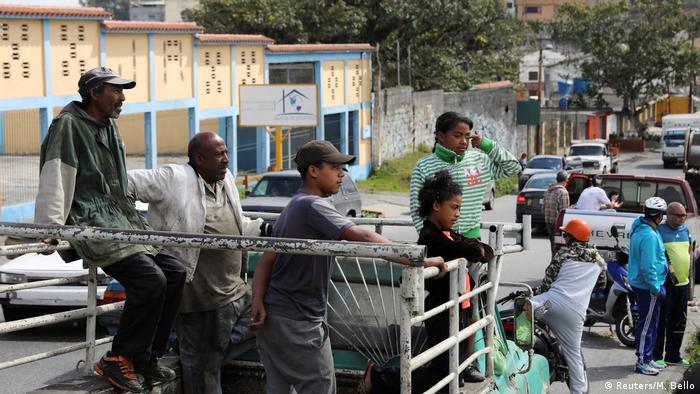 Area residents watched the shootout from a nearby hillside