President Nicolas Maduro said three parties which boycotted mayoral elections should be ineligible for future votes. He said the ruling party won at least 90 percent of the 335 mayorships. 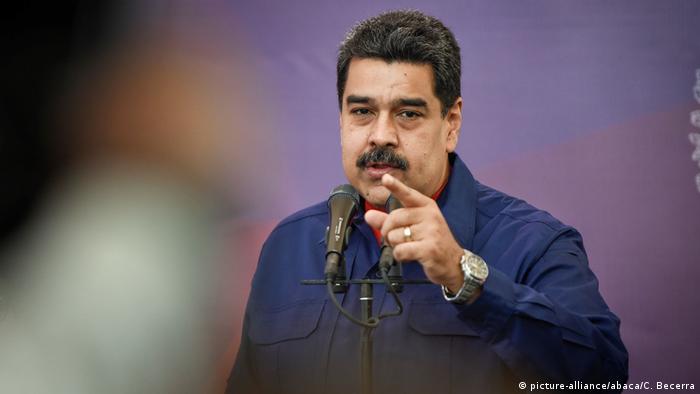 President Nicolas Maduro has said the opposition parties Accion Democratica, Primero Justicia and Voluntad Popular — which refused to take part in Sunday's mayoral elections in protest of what they called a rigged and corrupt electoral system — should be barred from next year's presidential vote.

"A party that has not participated today cannot participate anymore," Maduro (main photo) said, calling Sunday's turnout "extraordinary." He asked what the opposition wanted. "If they don't want elections, what are they doing? What's the alternative? [Civil] war?"

"They will disappear from the political map," Maduro of the opposition parties.

Key opposition figures who have led street protests against Maduro, including Henrique Capriles and Leopoldo Lopez, would be included in the ban. Capriles has been banned from office and Lopez is under house arrest.

On Sunday, elections were held for mayors in all of Venezuela's 335 municipalities and for the governor of Zulia State. The electoral board reported a 47 percent turnout amid the partial opposition boycott, with the ruling socialist party winning 41 of the 42 mayorships counted by late Sunday evening.

Maduro said the results overnight would show his government had won more than 300 of the 335 municipalities.

"I'm so happy for our great victory," Maduro said as he addressed a crowd in the capital, Caracas. "Now let's get ready for 2018!"

Maduro's government and his United Socialist Party of Venezuela (PSUV) already control the presidency, the new Constituent Assembly created by Maduro in August and nearly all the state governorships.

Most candidates in the opposition Democratic Unity Coalition (MUD) were defeated in regional elections in October.

A number of opposition politicians still took part in Sunday's vote, running mostly as independents. Many were unknown to voters and lacked any party support as they tried to oppose the government-backed candidates.

The Zulia state governorship, won by an opposition candidate who refused to be sworn in by the Constituent Assembly after the October poll, was won by the ruling party in the re-run of the vote on Sunday.

There were reports of some irregularities in Sunday's vote as Luis Emilio Rondon, a member of the electoral board, said pro-government candidates were running some polling stations.

Voting "cannot be restricted, obligatory, or supervised by people with political interests" in them, Rondon told reporters. He also said some electronic benefits cards, used to help people obtain scarce food and medicines, were being scanned at polling stations. 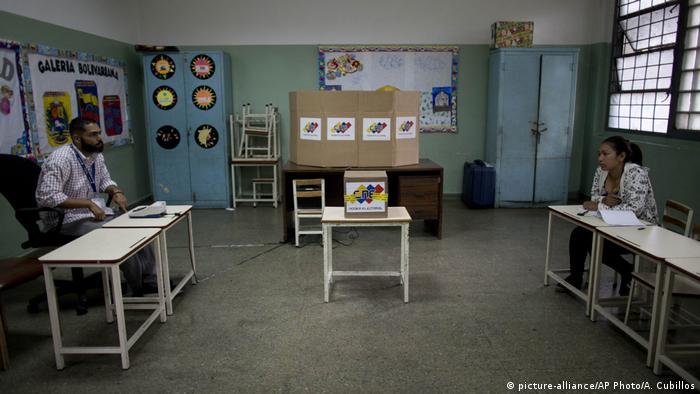 Sunday's vote took place against a background of hyperinflation, lack of goods and services and a looming default on debt.

The fragile financial situation and international pressure has led the government to hold talks with members of the opposition parties with the aim of reducing US sanctions. The opposition delegates have been calling for a guarantee for a free and fair presidential election in 2018. Talks are due to resume this week.

Venezuela has arrested a former minister and ex-chief of the state oil company on corruption and sabotage charges. But opposition lawmakers have warned the arrests form part of the president's plans to consolidate power. (10.12.2017)

The former oil czar has claimed he was removed for expressing "opinions" critical of the Venezuelan president. Analysts have warned of a growing purge as Nicolas Maduro gears up for presidential elections in 2018. (05.12.2017)