Soldiers and opposition supporters clashed in Venezuela after Nicolas Maduro closed border crossings with Brazil and Colombia. Trucks carrying aid tried to force their way across the border. 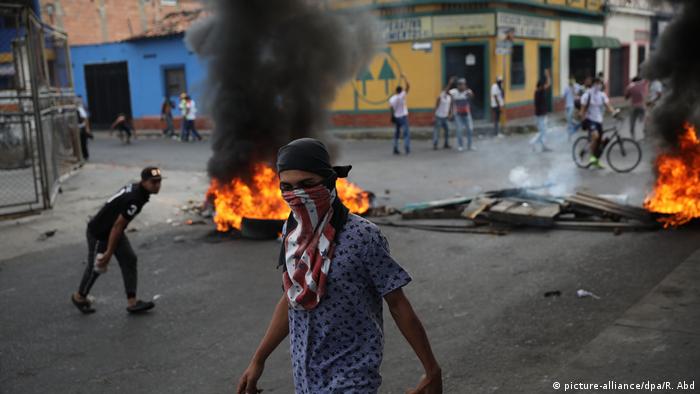 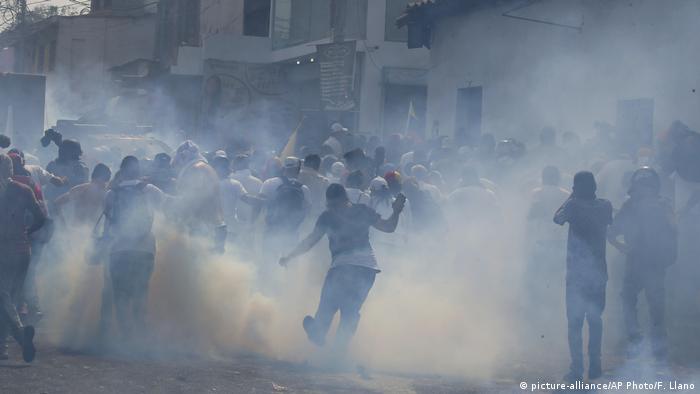 Colombian authorities said around 285 people were injured in clashes, while at least two trucks were set on fire.

Hundreds of kilometers away, near Venezuela's border with Brazil, two people, including a 14-year-old boy, were killed and 18 injured during clashes with security forces in the southeastern town of Santa Elena de Uairen. As dusk fell, thousands of people gathered at the border crossing to demand supplies be let through.

"Our call to the armed forces couldn't be clearer: put yourself on the right side of history," Guaido said in an appeal to troops at the Colombia-Venezuela frontier. He is set to meet with US Vice President Mike Pence in Bogota on Monday on the sidelines of a gathering of the Lima Group of nations. Guaido tweeted that he would ask the international community to keep "all options open" in order to "liberate" Venezuela. 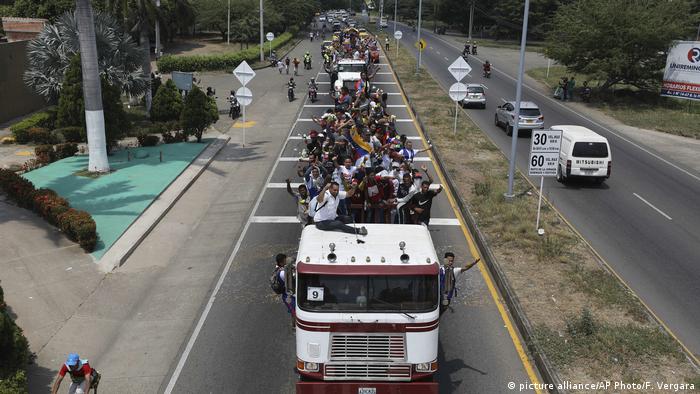 US Secretary of State Mike Pompeo said on Twitter that he condemned the "attacks on civilians in #Venezuela perpetrated by Maduro's thugs."

"The US will take action against those who oppose the peaceful restoration of democracy in #Venezuela. Now is the time to act in support of the needs of the desperate Venezuelan people," he wrote.

The violence at the border bridges prompted Colombia to order the aid trucks to turn back. Colombian migration authorities also said they would close down the area's four border crossings until Monday night to assess the damage from the unrest.

Two other trucks carrying emergency supplies from Brazil returned to the Brazilian city of Paracaima late Saturday after Venezuelan troops halted them at the crossing for several hours, Agence France-Presse reported.

Also on Saturday, more than 60 members of Venezuela's security forces — National Guard troops and police officers — deserted their posts during the clashes and crossed the border into Colombia, according to Colombian officials. 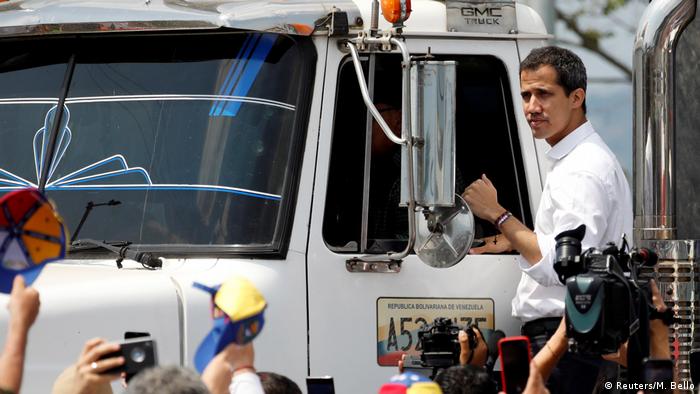 A Venezuela-bound boat carrying aid from Puerto Rico had to turn back after receiving "direct threat of fire" from the country's army, according to the US territory's governor, Ricardo Rossello. Meanwhile, another shipment of supplies was being held at Curacao's port because of Maduro's ban.

On Sunday, the EU called on armed forces to "show restraint" and allow the delivery of aid.

The EU's Foreign Policy chief Federica Mogherini also said the EU had earmarked over €60 million ($68 million) of aid to Venezuela in 2018 and 2019.

"We recall our commitment to help those in need for as long as it takes, to scale up this assistance," Mogherini said.

Despite five years of deep economic crisis, Maduro denies there are significant food and medicine shortages in Venezuela and has accused the United States of using its aid donations, which account for most of the supplies on the Colombian side of the border, as a cover for military intervention.

Head of the opposition-controlled National Assembly, Guaido declared himself president in January. Fifty countries, including Germany, have backed the 35-year-old politician. Russia, China and Turkey have voiced support for Maduro.