The German vessel was heading to a Venezuelan island for repairs when it was shot at and rammed by the Navy patrol boat. The cruise firm says its ship suffered minor damage but the smaller boat sank. 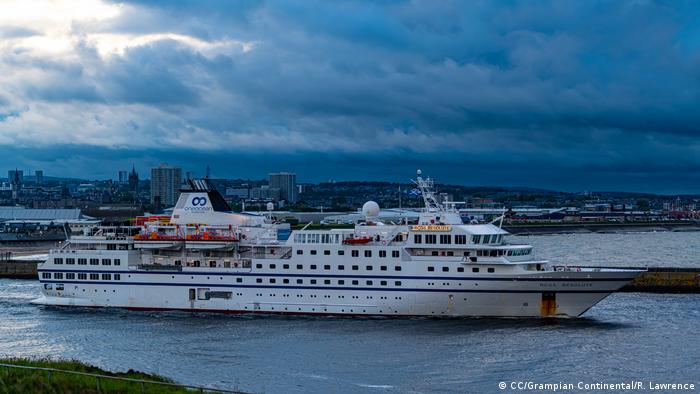 The Resolute cruise ship had a crew of 32 but no passengers on board at the time of the incident, just after midnight on March 30.

The Hamburg-based Colombia Cruise Services said the vessel was the target of "an act of aggression" by the Venezuelan Navy as it was traveling to Isla de Tortuga for routine maintenance.

In a statement, the firm said the incident took place in international waters, around 13.3 nautical miles from the island.

The company said the navy vessel ANBV Naiguata accused the Resolute's captain of violating the country's territorial waters and ordered the ship to follow it another island, Isla De Margarita.

According to the statement, the captain requested time to contact his company when the Resolute was shot at by the Navy patrol vessel.

The smaller vessel then approached the starboard side at an angle of 135 degrees and collided with the cruise ship. It then repeatedly rammed the larger vessel, before beginning to take on water, local media reported.

As the patrol boat sank, the 44-strong crew was quickly rescued by another vessel.

The cruise ship, which flies the Portuguese flag, suffered minor damage as it has a reinforced hull for cruises off the icy Antarctic.

The cruise company said the ship remained on standby to help and only continued on its journey when orders were given.

Meanwhile, Venezuelan President Nicolas Maduro described the incident as "an act of terrorism and piracy" and ordered an investigation.

Accusing the Resolute of behaving aggressively, Maduro was quoted in South American media as saying: "If it had been a tourist ship, it would not have appeared to want to attack."

Cruise ships have been described as "floating Petri dishes," ripe for the spreading of viruses such as COVID-19. But while the images have been alarming, many in the European industry remain calm and play down the risks. (28.02.2020)