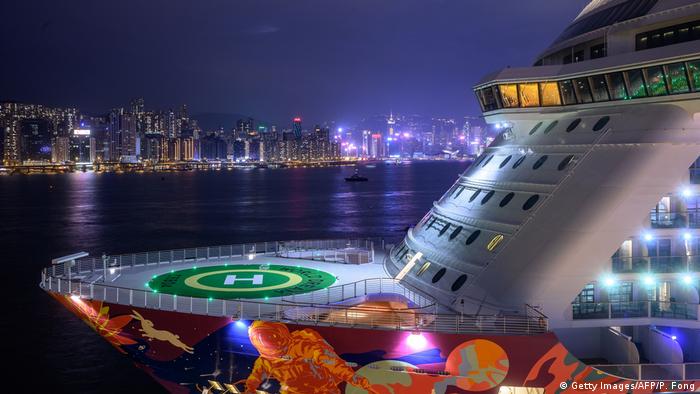 Cruise liner passengers trapped in on-board quarantine have made many, slightly terrifying, headlines since the coronavirus, aka COVID-19, first hit. So, surely one might expect such negative optics to be hitting demand for cruise holidays? But, at least for now, one would be wrong. The cruise industry in fact said it expects to keep growing in 2020. Worldwide, the Cruise Lines International Association (CLIA) expects 32 million passengers this year, an increase of two million from last year.

"The center of the virus outbreak is apparently China, most other shipping areas are not affected. We take the situation very seriously, but I see no reason to be overly concerned," Helge Grammerstorf, CLIA Germany director said.

But the CLIA's figures were collated before the global impact of the crisis became clear and some in the industry believe a fall in numbers is inevitable for the European industry, even if it manages to protect itself from the damage already visible in the industry in Asia.

But it also seems clear behind such calm that the industry is scrambling to counter the negative PR that pictures of stranded passengers make, perhaps no more so than when the Diamond Princess had to spend two weeks in quarantine in Japan. Three deaths and 630 infected on board doesn't look great, after all.

According to Japanese broadcaster NHK, the 100 people who are now disembarking shared a cabin with someone who had had the virus. The International Transport Workers' Federation (ITF) reported 70 crew have been infected. As The New York Times put it, the 1,000 crew members "live and work elbow-to-elbow" on the ship. 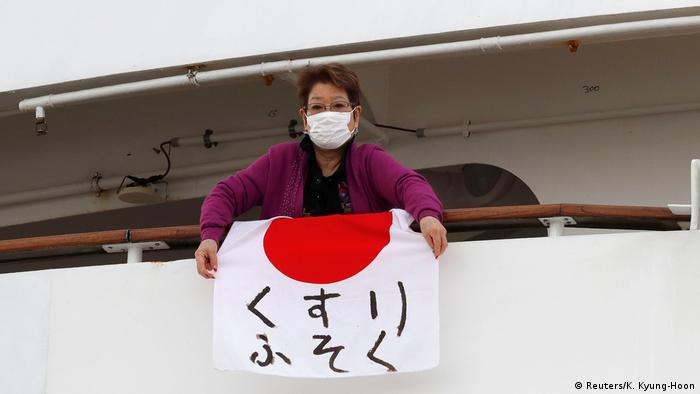 As The New York Times put it, the 1,000 crew members "live and work elbow-to-elbow" on the Diamond Princess.

A lot at stake

The industry has much to lose. After North America, Europe is the largest cruise market in the world and the cruise industry is one of the fastest growing sectors in the tourism industry. From 2016 to 2018, the passenger volume of cruises in Europe rose from 6.79 million to 7.17 million, of which 6.96 million were European residents.

In terms of passenger volume, the two most important European markets for cruises are Germany and the UK and Ireland taken together, which  accounted for nearly 60% of all European cruise passengers in 2018. Germany has the largest cruise market in Europe (31%), but, perhaps crucially also, Asian shipping areas accounted for only 2.4% of the German market from January to September 2019. Most Germans stayed in Europe: 34% of the bookings were for trips to Northern Europe, followed by the Mediterranean (23.8%).

Evacuation of US passengers from cruise ship begin

Many cruise liners are offering full refunds to passengers that have a fever or have been diagnosed with the virus and the CLIA has taken precautions such as banning customers to its affiliated ships from boarding if they have been in close contact with someone or have helped them to care for someone suspected or diagnosed with the virus. Ships are also prohibited from boarding if they arrive, visit or have been to airports in China within two weeks of embarkation.

Meanwhile, Norwegian and Royal Caribbean International have blocked passengers with passports from China, Hong Kong or Macau and several cruise lines – including Princess and Carnival – have taken measures including barring guests from ships if they have traveled from or through mainland China in the 14 days prior to the departure date of the cruise. Royal Caribbean is barring passengers who have visited mainland China or Hong Kong within 15 days of departure.

There is no precedent comparable to current developments, cruise historian Peter Knego told USA TODAY. "Now that the cruise industry is so strongly represented in the area of the first outbreak, the game has changed," he said. "I think it's a daily game until you realize how serious this epidemic is."

While several ships are affected by the virus, hundreds of others continue to operate normally around the world and many passengers appear to understand the risks. "My wife and I are planning to cross the Atlantic on Queen Mary 2 in six weeks, and we are looking forward very much to the trip," Mike Lunan, a regular cruise line passenger from Scotland, said.

"Hand sanitizing gel is provided throughout the ship, and passengers use the dispensers before going into any food serving area. To suggest that infection is more likely on board ship than it is, say, in a city metro system, where tens of thousands pass through every day is nonsense. If we are unlucky and there is an infected passenger on board we will be looked after until it is safe for us to rejoin the rest of humanity. I doubt if that would happen on a metro where the infection could spread undetected like wildfire," Lunan concluded.