A broadcast of a DW documentary on Venezuela was temporarily unavailable in the country at the weekend, sparking criticism online. Venezuela's media supervisory agency dismissed charges of censorship as "fake news." 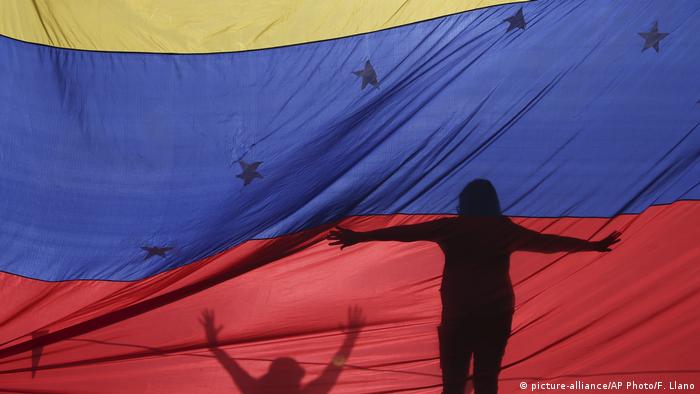 Deutsche Welle's Spanish-language TV program was temporarily unavailable in Venezuela on Saturday, August 4. The broadcast of the program, which was aired by several of DW's distribution partners, was interrupted between 9 a.m. and 10 a.m. local time.

During this time, the DW documentary "Venezuela — Escape from a Failed State" was playing. The documentary critically examines the current situation in Venezuela.

As a result of the broadcast interruption, several viewers voiced criticism on social media channels.

A direct inquiry sent by DW to CONATEL remained unanswered on Monday.

On Saturday, the regulatory body published a statement on Twitter about the case. CONATEL rejected suspicions of censorship by the supervisory agency and referred to such reports as "fake news."

"Deutsche Welle protests against the interruption of a DW broadcast on the channels of several distribution partners during a documentary about the situation in Venezuela," Guido Baumhauer, DW's director of distribution and technology said.

"Interrupting a broadcast of a DW documentary violates the right to freedom of expression," he added.

Baumhauer noted that it's becoming "more and more difficult" for Venezuelan journalists to report on the ground. Following a failed attack on Venezuelan President Nicolas Maduro on Saturday, several journalists were detained, which prevented independent reporting on the incident.

"They have our full solidarity," Baumhauer added.

Reports of an apparent attack on President Nicolas Maduro leave more questions than answers, except for one: The only one benefiting from all this is Maduro himself, writes Uta Thofern. (05.08.2018)