Venezuela's self-declared president has been stripped of his immunity from prosecution. Guaido accused acting President Nicolas Maduro's "regime" of carrying out an "inquisition." 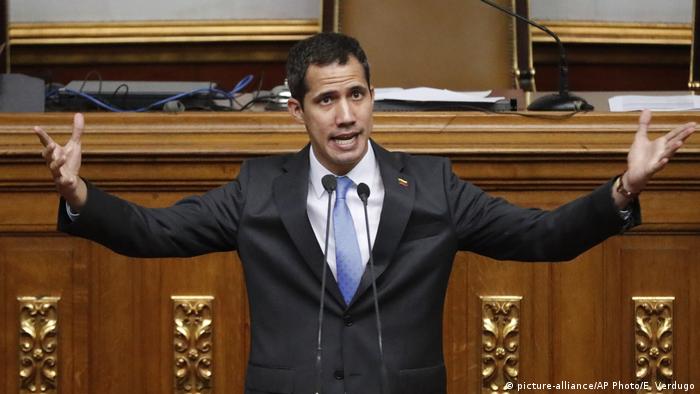 The move by the assembly, which is loyal to acting President Nicolas Maduro, could pave the way for Guaido's prosecution and potential arrest.

Diosdado Cabello, president of the Constituent Assembly, accused Guaido and the opposition of naively inviting a foreign invasion and inciting a civil war.

"They don't care about deaths," he said. "They don't have the slightest idea of what the consequences of war are for a country."

Earlier Tuesday, Guaido dismissed the high court and Constituent Assembly as illegitimate and continued his calls for Maduro to resign as president.

"They can try to kidnap me," the self-declared president said. "You know how the regime acts. This is not even persecution. This is inquisition."

Step towards prosecution: The Constituent Assembly's decree appears to allow the Supreme Court of Justice to move ahead with a trial of Guaido. But whether Maduro's regime will take action against the 35-year-old lawmaker remains unclear. So far, Maduro has avoided jailing Guaido.

Who is Guaido? The self-declared president is the head of the National Assembly. Roughly 50 countries, including the United States and Germany, recognize him as the legitimate leader of the oil-rich South American country.

What is the Constituent Assembly? The 545-seat assembly was elected in 2017 to draft a new constitution for Venezuela. Shortly after its first meeting in August 2017, it declared itself the supreme governing body of Venezuela and banned the opposition-led National Assembly.

After a blockade on aid entering Venezuela, the International Red Cross will be able to bring supplies into the country in two weeks. The announcement comes as Venezuela experiences its third major blackout in a month. (30.03.2019)