President Maduro said he would seek peace with the opposition, one day after a UN report accused the military of extrajudicial killings. Opposition leader Juan Guaido called for an end to Maduro's "dictatorship." 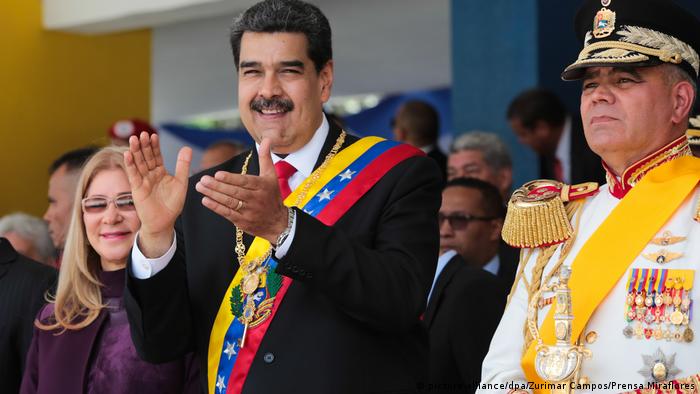 Venezuela celebrated its independence day on Friday, complete with a grand military parade overseen by strongman President Nicolas Maduro. The embattled president called for peace one day after the UN published a report detailing death squads carrying out extrajudicial killings, sometimes against those who spoke out against him. 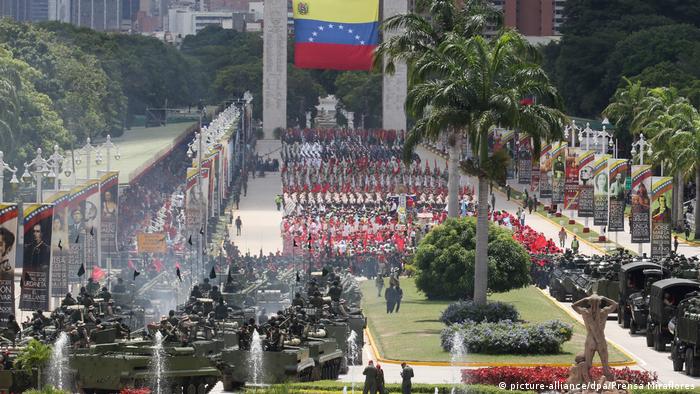 Maduro's military parade marked the 208 years since Venezuela gained its independence from Spain. All branches of the military, police and other security agencies, as well as civic groups associated with the government, were in attendance. The president said the parade was "a demonstration of excellent cohesion, discipline, union, and versatility."

"We look to the heavens, asking for peace," Maduro said as tanks rolled past and fighter jets streamed overhead. "All the while our military exercises play out. We plead to God with our missiles pointed." 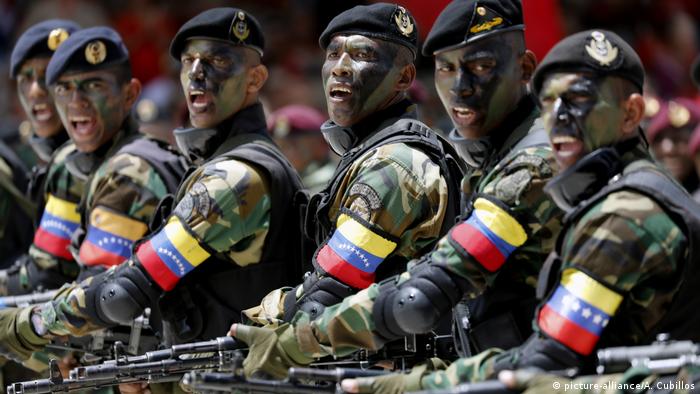 Despite a slew of defections, Venezuela's military continues to back Maduro

At the same time, the Venezuelan opposition held a rival rally, in an attempt to regain momentum in the struggle against Maduro. In front of his supporters, opposition leader Juan Guaido called for an end to Maduro's "dictatorship."

"Today in Venezuela, anyone who continues to support this dictatorship must know that he's an accomplice to the violation of human rights," Guaido said, urging the military to join his movement. 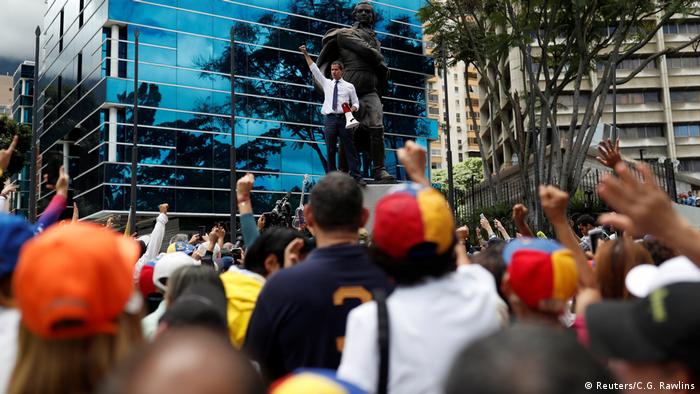 Guaido lead the National Assembly, Venezuela's main legislature, until Maduro created the Constituent Assembly, skewed towards his own base. Guaido declared himself acting president earlier this year, and has the support of more than 50 countries worldwide, but has failed to gain the traction necessary to oust the president.

Maduro said on Friday that he continued to support dialogue efforts brokered by Norway.

"There is room for all of us within Venezuela," he said. 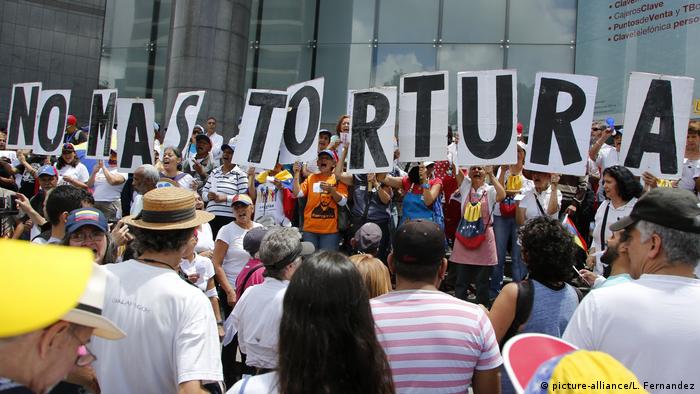 Pro-Guaido demonstrators hold up a sign that reads "no more torture."

The grand military parade came on the heels of a searing UN report that thousands of young men have likely been killed in recent years by military-supported gangs hunting down Maduro's opponents. The crime scenes were then staged to look like the victims were resisting arrest, or had been concealing illicit drugs and weapons.

Caracas slammed the report, calling it "biased" for not also detailing the medical clinics and food distribution centers that UN observers toured earlier this year.

Michelle Bachelet will meet with members of the opposition, civil society and the government. The visit comes in the midst of an entrenched political crisis and as Juan Guaido grapples with corruption accusations. (20.06.2019)