President Nicolas Maduro and opposition leader Juan Guaido both signaled in the past days a willingness to return to the negotiating table. The two sides have already met twice in talks hosted by Norway. 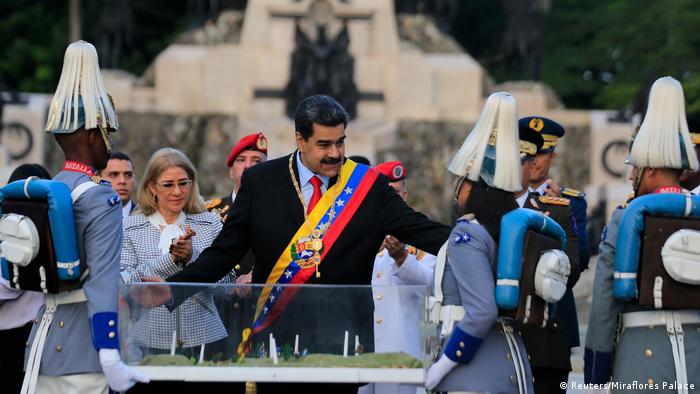 Negotiations for a mediated solution to Venezuela's crisis may restart next week, people familiar with the process said on Saturday. President Nicolas Maduro's government and opposition leader Juan Guaido's team have already held two rounds of talks, though both proved unsuccessful in breaking the deadlock.

Norway's government, which has been leading the mediation effort, will likely choose the location for the talks, sources said.

The move to resume talks follows the Venezuelan government's announcement of the deportation of 59 Colombians, who rights groups say had been arbitrarily detained in 2016.

"It is a positive sign that the government is fulfilling the human rights commitments" made during Bachelet's recent visit. "We look forward to more releases in coming days."

Maduro has said that he seeks dialogue with the opposition and that talks are the only way forward for Venezuela. "I want the dialogue to continue, and it is going to continue," he said Thursday.

Guaido echoed the sentiment on Twitter on Friday, saying that he had received support from allies to "begin a new round of consultations with national and international leaders."

But the opposition leader has downplayed the possibility of a quick resolution and has not backed down from his main demand that early presidential elections take place, something that Maduro has fiercely rejected.

Guaido's momentum has stalled since he staged a failed attempt at a military uprising in April. Since January, when he declared himself interim president and led a new wave of protests against the government, most of the armed forces' top command has stood firmly by Maduro.

Venezuela's political stalemate is taking place in the midst of a deep economic crisis that has forced some 10% of its population to flee the country.

The Organization of American States warned in a report on Friday that the number of migrants fleeing the oil-producing country could double to 8 million by the end of 2020.

The US Treasury Department has passed sanctions on Nicolas Ernesto Maduro Guerra for serving his father's "illegitimate regime." The US said it would continue to target members of Maduro's inner circle with sanctions. (28.06.2019)

An attempt to assassinate Venezuelan President Nicolas Maduro has failed, the crisis-hit country's government said. The leader has accused the United States of being behind an alleged coup plot. (27.06.2019)

The UN human rights chief plans to set up an office in Venezuela to monitor the ongoing humanitarian crisis there. Michelle Bachelet said the dire situation must not be allowed to "deteriorate any further." (22.06.2019)