A major earthquake has shaken Venezuela's northern coast. The powerful quake was felt 250 miles (400 kilometers) away in the capital, Caracas, where buildings had to be evacuated. 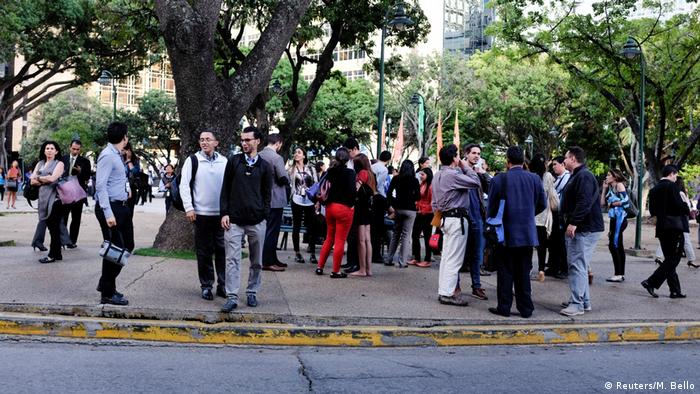 A powerful magnitude 7.3 earthquake hit the coast of Venezuela on Tuesday, forcing people to evacuate their homes and offices as far away as the capital, Caracas.

The US Geological Survey reported that Tuesday's quake had a depth of 76 miles (123 kilometers) and its epicenter was about 12 miles (20 kilometers) northwest of the Venezuelan city of Yaguaraparo.

The US Pacific Tsunami Warning Center warned that the deep earthquake could lead to small tsunami waves along the country's coastline. 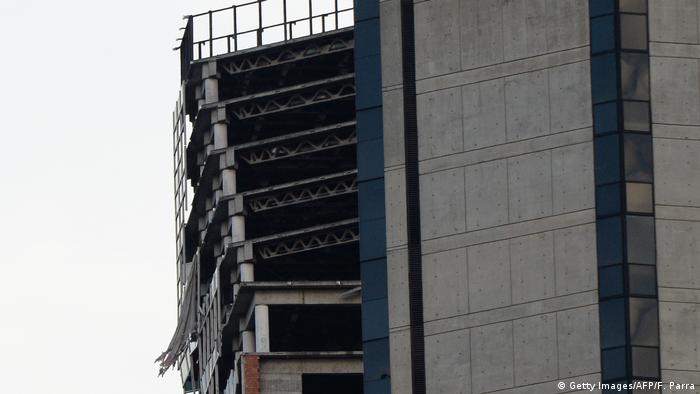 It remains unclear just how much damage was caused by the earthquake.

A witness in Cumana, one of the biggest cities near the quake's epicenter, said several people were injured in a shopping center when an escalator collapsed, although there appeared to be no immediate signs of further damage in the vicinity.

It is thought that the quake occurred deep enough below ground to have dampened most of the shaking. Nevertheless, reports suggest that the rumbles were also felt as far away as the Colombian capital, Bogota, in the east and the nearby islands of Trinidad and Tobago and St. Lucia to the northwest.

Local television also captured how the quake interrupted Diosdado Cabello, the head of Venezuela's all-powerful Constituent Assembly in Caracas, as he was delivering a speech.

The strong tremors also briefly halted a pro-government rally in the capital in support of a series economic measures introduced on Monday by President Nicolas Maduro.

"I’m relieved that it doesn’t seem like damage was that bad," telemarketing worker Sheny Fuentes told the Reuters news agency. "We would have been even more affected (given Venezuela’s economic crisis) — there are already people eating from the garbage and buildings aren’t well made."

As Venezuela’s crisis spirals out of control, neighboring countries are looking out for themselves, shutting their borders to refugees. But experts warn the crisis cannot be resolved without a multilateral effort. (21.08.2018)

How Venezuela gets plundered

A money laundering scandal involving Venezuela's state oil company PDVSA could turn into a problem for a Swiss bank. A German banker recently affiliated with the lender has been arrested in Miami. (06.08.2018)