The opposition leader's wife reported the presence of armed officers at their residence live on Twitter. Authorities have meanwhile arrested Guaido's close ally Freddy Guevara on charges of terrorism and treason. 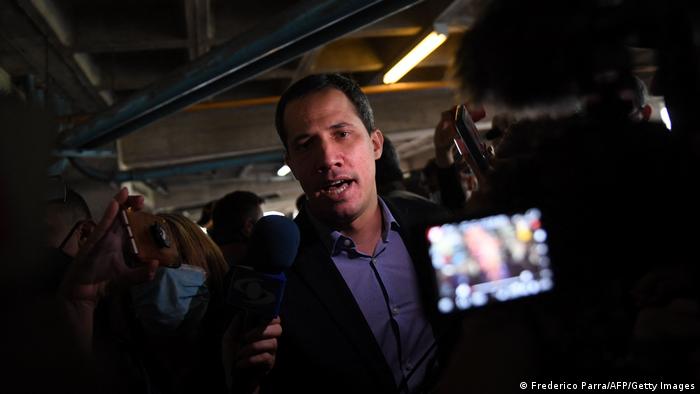 Shortly after the incident, Guaido told reporters that security forces had "threatened" to arrest him but had then left.

"The harassment and the threats will not stop us," said Guaido.

Guaido's wife again took to Twitter after the officers left, seeming to credit the media and locals with foiling the plot by turning up in large numbers after her alert.

"At this moment, President Guaido is in my home," Rosales wrote. "Thanks to the media and neighbors for coming."

In a later tweet, Rosales also shared a video of what she said were bullet holes left in one of her walls by the FAES agents. 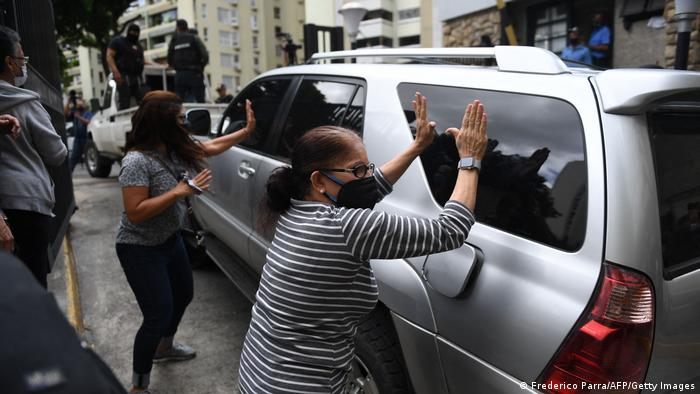 According to Guaido's office, the raids took place minutes after another opposition politician, Freddy Guevara, was arrested and taken to a Caracas prison.

In a statement, the prosecutor's office said it had requested a warrant for Guevara's arrest due to his alleged "ties with extremist groups and paramilitaries associated with the Colombian government."

Guaido declared himself acting president of the country on January 23, 2019 — a claim recognized by dozens of countries around the world, with the US being foremost among them.

The claim is based on the grounds that incumbent President Nicolas Maduro rigged the 2018 vote and that as president of the National Assembly. Guaido is the highest ranking elected official in the country other than Maduro and would thus be responsible for leading it until free and fair elections can be held.