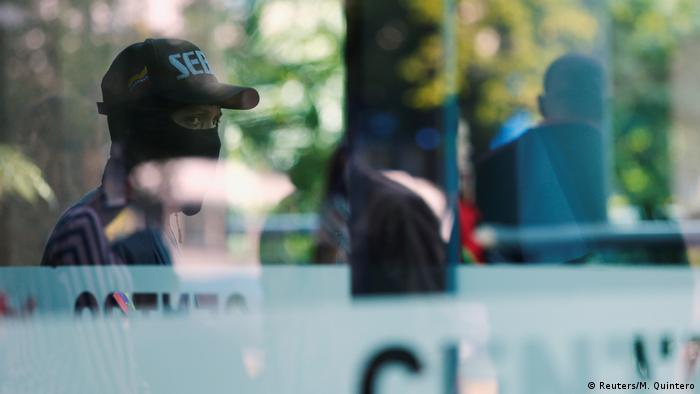 Earlier police and masked intelligence officials were seen outside of Guaido's office in Caracas. Guaido, who is currently recognized as interim president of Venezuela by around 50 countries including the United States and Germany, is currently in Europe and is due to attend the World Economic Forum in Davos.

"We have just confirmed that SEBIN officers are inside the office of president Guaido," lawmaker Delsa Solorzano told reporters on Tuesday. The SEBIN is Venezuela's intelligence service, controlled by President Nicolas Maduro.

"We are in the tower where the offices of President Guaido are located, which are currently being raided by the Sebin," she tweeted.

Guaido is the leader of the National Assembly and disputes Nicolas Maduro's legitimacy as president after he was elected in 2018. Critics identified many irregularities with the election process and many opposition parties boycotted the vote. 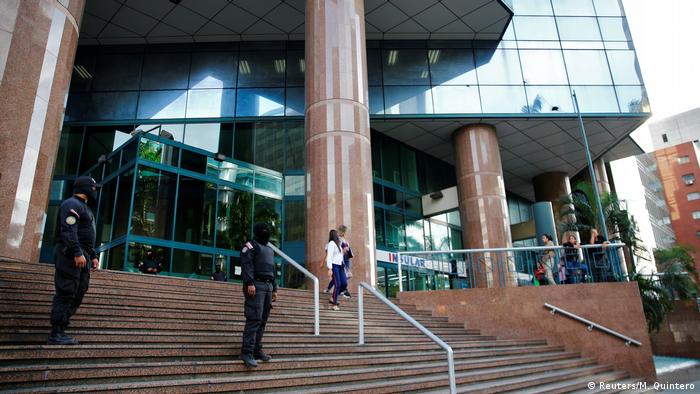 The police action came just hours after opposition lawmakers called off an attempt to hold a National Assembly session in the congress building across town, saying they wanted to avoid clashes with security forces and armed government supporters blocking entry.

Juan Pablo Guanipa, first vice president of the National Assembly, said from the headquarters of a political party that streets leading to their legislative building had been "militarized'' by armed groups, so they were not going to attempt an entry until next week.

Instead, the lawmakers held a makeshift meeting on a public square in an opposition-friendly part of Caracas.

Guaido has no control over the military or the government institutions. Venezuela is facing an economic crisis under Maduro's presidency which has led to 4 million people fleeing the country. 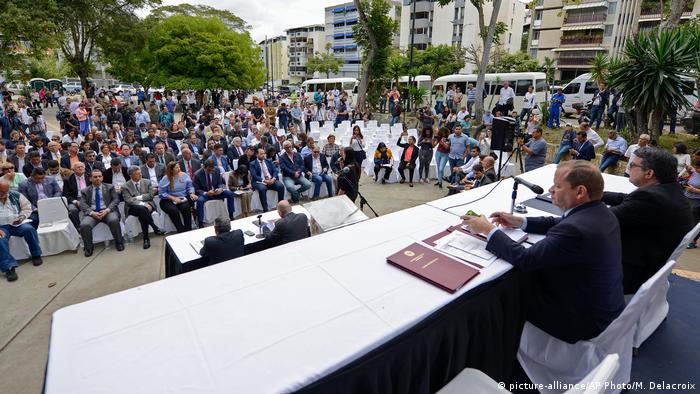 Opposition lawmakers meet in a park in Caracas

Earlier on Tuesday, the lawyer of Venezuelan opposition legislator Gilber Caro, whose whereabouts had been unknown since an elite police unit arrested him in December, revealed he is being held in state custody and is well.

"He is well, but he shouldn't be there," said lawyer Theresly Malave. Caro's arrest came as Nicolas Maduro's government carried out a new wave of legal actions against opposition lawmakers just as Guaido's campaign to oust Maduro was stalling.

He was indicted on charges including terrorism without the presence of legal counsel, his lawyer said.