The offshore exploration work of an Exxon Mobil vessel has inflamed tensions between Venezuela and its eastern neighbor Guyana. The South American nations have been locked in a century-old territorial dispute. 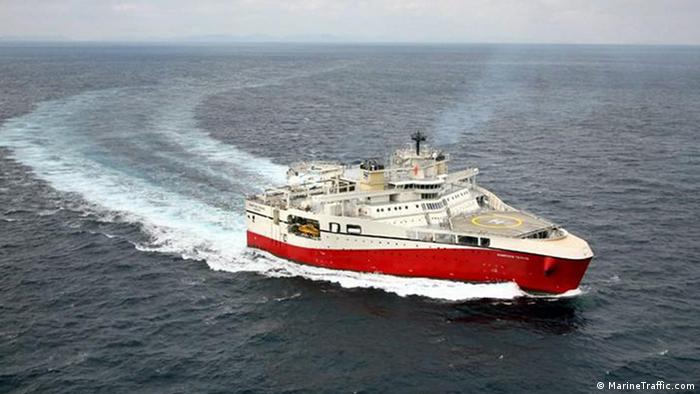 A ship belonging to Exxon Mobil Corporation was "intercepted" by Venezuela's navy, Guyana's Foreign Ministry said. The incident caused a spat between the neighboring South American nations, which are involved in a century-long dispute over Guyana's border territory.

Guyana's government denounced the move by Caracas, calling it an "illegal, aggressive and hostile act." The Foreign Ministry statement charged that the incident "once again demonstrates the real threat to Guyana's economic development by its western neighbor; an act that violates the sovereignty and territorial integrity of our country."

In a statement released on Sunday, Venezuela's Foreign Ministry said its navy encountered two Exxon Mobil ships, in an area that it referred to as "undoubtedly Venezuelan sovereignty." Caracas said that "given the flagrant violation" of its sovereignty, it had proceeded with the "appropriate protocols" for this kind of situation.

The ship at the heart of the dispute is the Ramform Tethys vessel, which belongs to Norwegian company Petroleum Geo-Services (PGS). The vessel was conducting seismic survey work on behalf of Exxon Mobil, when it was approached by the Venezuelan navy.

Recent discoveries have given Guyana the potential to become one of Latin America's largest oil producers. Venezuela, by contrast, has seen a massive decline in its crude output, which has tumbled to the lowest levels in nearly 70 years.

Embattled Venezuelan President Nicolas Maduro has previously said that Exxon Mobil's offshore oil exploration is illegal, since it has taken place within the long-disputed Essequibo territory. 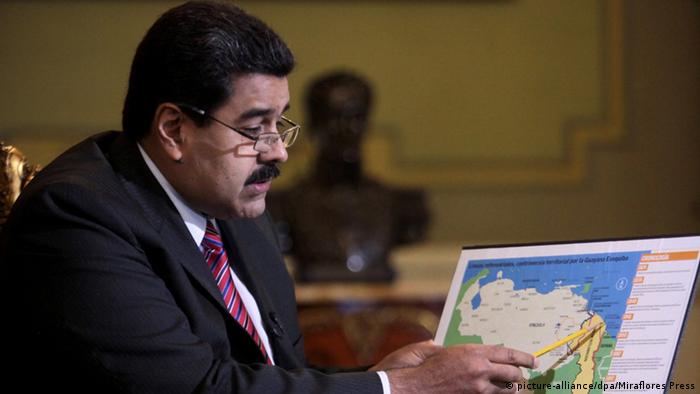 A spokeswoman for Exxon said the US oil firm's seismic explorations in the western portion of Guyana's Stabroek Block "have been paused until they can be safely continued," and affirmed that the vessel was operating within Guyana's exclusive economic zone.

The US was quick to weigh in on the incident. Deputy State Department spokesman Robert Palladino said in a message on Twitter that the US was monitoring the situation and criticized Caracas for the interference.

"We call on #Venezuela to respect international law and the sovereignty of its neighbors," Palladino added.

The territorial dispute between Guyana and Venezuela dates back to the 19th century, when Venezuela claimed the mineral-rich region west of the Essequibo River, which comprises roughly 40 percent of present-day Guyana.

In 1899, an international tribunal ruled in favor of Guyana, which was a British colony at the time. Venezuela agreed to relinquish the territory, but later backtracked on its decision. 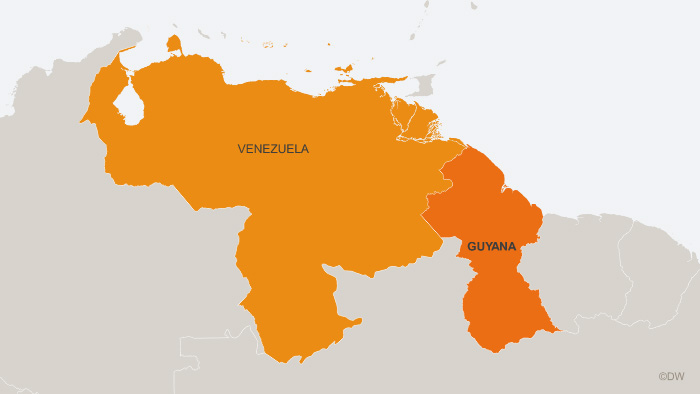 The Guyanese Foreign Ministry said it would report the seismic vessel incident to the UN, and that it would also inform the national governments of the 70 crew members aboard the vessel of the "threat to their safety."

Venezuela's Foreign Ministry said it had also informed the UN Secretary General of the "unacceptable violation" to its sovereignty. Caracas also "reiterated" its "call to re-establish a direct and respectful dialogue over this sensitive matter" with its neighbor.

Russian President Vladimir Putin and Venezuelan President Nicolas Maduro have been making a diplomatic show of their friendship, leaving Washington wary of Russia's participation in a Venezuelan military exercise. (12.12.2018)

El Nacional, the last major anti-government newspaper in Venezuela has ceased its print edition after 75 years amid pressure from the Maduro regime. The state controls imports of printing paper used by the outlet. (13.12.2018)

Venezuelan pianist Gabriela Montero: 'How can we not take a stand?'

With an extremely rare gift for improvisation, the Venezuelan pianist has wowed audiences for decades. The de facto implosion of her homeland has made her an advocate for her people. (04.12.2018)