El Nacional, the last major anti-government newspaper in Venezuela has ceased its print edition after 75 years amid pressure from the Maduro regime. The state controls imports of printing paper used by the outlet. 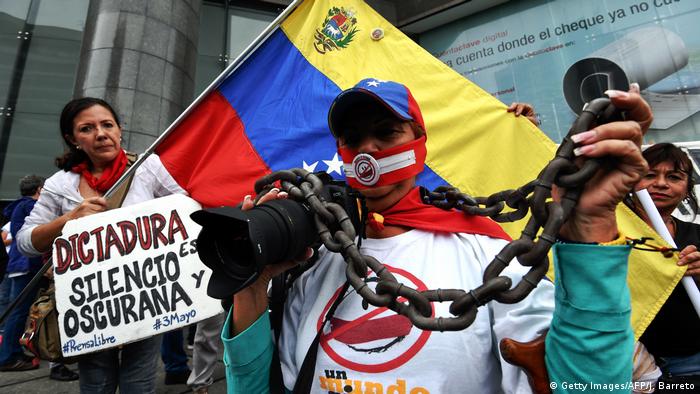 Venezuela's daily El Nacional will completely halt its print edition on Thursday, its editors said, blaming the move on pressure from the government. El Nacional was the last opposition newspaper still maintaining a nationwide circulation in Venezuela.

"We've endured longer than the others," El Nacional's president and CEO Miguel Otero told the Spanish newspaper ABC. "But in the end we could not persist."

The immediate reason for halting the presses is the lack of printing paper, according to the editors. In Venezuela, importing paper requires a special permission by the government. Several smaller newspapers have already been forced to suspend print.

El Nacional managed to continue working by relying on paper donations from local media and foreign countries. However, the paper has already cut its circulation and the number of pages.

Miguel Otero told the ABC that his paper was also hit by government-backed lawsuits, tax reviews, and ad restrictions. Otero himself was forced to leave Venezuela years ago to avoid persecution.

While admitting that halting the print edition was a "drastic" measure, Otero also said the paper was not closing down and described the suspension as "temporary."

Separately, the paper's general manager Jorge Makriniotis pledged to continue working in a letter sent to employees and published on El Nacional's website.

"El Nacional has not died but is reinvented to bet on the future," Makriniotis said. "Because nobody is going to shut us up."