The government has accused the mayor of Lyon of insulting French butchers and harming the health of children by keeping school lunch menus meat-free. 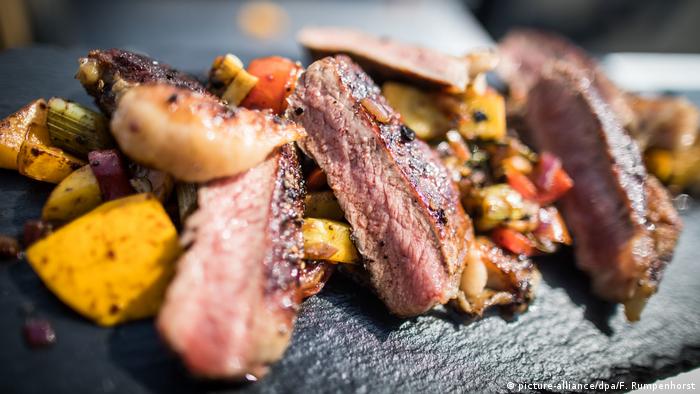 A decision to remove meat from school lunches in the French city of Lyon sparked a heated debate among politicians on Sunday.

Interior Minister Gerald Darmanin slammed the measure as an "unacceptable insult" to France's farmers and butchers.

Many French citizens consider Lyon, known for its meat dishes, to be the culinary capital of the country.

"We can see that the moralizing and elitist policy of the Greens excludes the popular classes," Darmanin said, adding: "Many children often only get to eat meat at the school canteen."

Lyon Mayor Gregory Doucet, a member of the Green party, defended the decision, saying vegetarian meals speed up the process of school lunchtimes amid the coronavirus pandemic.

He wrote on Twitter that the measure was introduced "solely" due to the pandemic and that the city's right-wing predecessor, Gerard Collomb, had taken "exactly the same measure" during the first wave.

Doucet said that the menus still include fish and egg products and so are "balanced for all our schoolchildren."

Several politicians, however, were still unhappy with the decision.

"Let's stop putting ideology on our children's plates," Agriculture Minister Julien Denormandie tweeted. "Let's just give them what they need to grow well. Meat is part of it."

Denormandie said he had requested the prefect — the region's top local official — to overrule the  meat-free  decision. The prefect is now due to address the matter, in accordance with the agriculture minister's orders.

McDonald’s introduction of the "McPlant" product line is further proof that meat alternatives are here to stay. But can they really replace meat in the long run?

Humans need to eat more beans and lentils and less red meat to protect the planet and our own health, researchers said. Meat intake for adults would be limited to 14 grams per day, that's about half a slice of bacon.