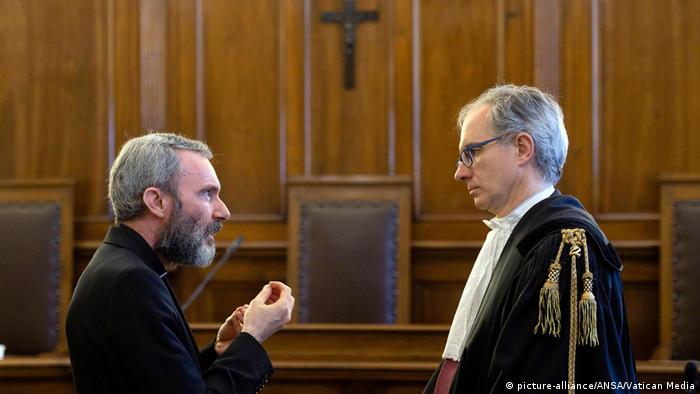 A Vatican court sentenced Carlo Alberto Capella to five years in prison for the possession and distribution of child pornography on Saturday.

The 51-year-old priest admitted to viewing images of under-aged teenagers engaging in sexual acts during a period of "fragility" and internal crisis while serving as a diplomat for the Holy See in the United States and in Canada.

He apologized to his family and the Vatican. He described the episode as little more than a "bump in the road" on his priestly vocation and appealed for leniency, explaining that he loved the priesthood and wanted to continue.

"It was never part of my priestly life before," he told the court.

The two-day trial ended with Tribunal President Giuseppe Dalla Torre reading out the verdict, which also included a €5,000 ($5,830) fine.

Prosecutor Gian Piero Milano pushed for a harsher penalty against Capella — who could have been fined €50,000 — pointing to the "great" volume of material accessed. He said police had found 40 pornographic photos and videos on the priest's mobile phone.

Capella continued to view the material even after being recalled from the US by the Vatican in August 2017 after the US State Department informed the Holy See he was suspected of a "possible violation of laws relating to child pornography images." Both the US and Canada have sought to prosecute Capella, but the Vatican has refused to hand him over.

Capella is a canon lawyer, and is listed online as having written a 2003 paper for the Pontifical Lateran University on priestly celibacy and the church's criminal code.

His trial was the first known enforcement of a 2013 law for the Vatican City State that specifically criminalized possession and distribution of child pornography, and made it punishable with a prison sentence and a fine.

Now that his criminal trial is over, Capella will be subject to a canonical hearing, which could lead to him being defrocked.

Monsignor Carlo Capella once worked as a diplomat at the Vatican's embassy in Washington. He was recalled last year after the US State Department said he may have violated child pornography laws. (07.04.2018)