Monsignor Carlo Capella once worked as a diplomat at the Vatican's embassy in Washington. He was recalled last year after the US State Department said he may have violated child pornography laws. 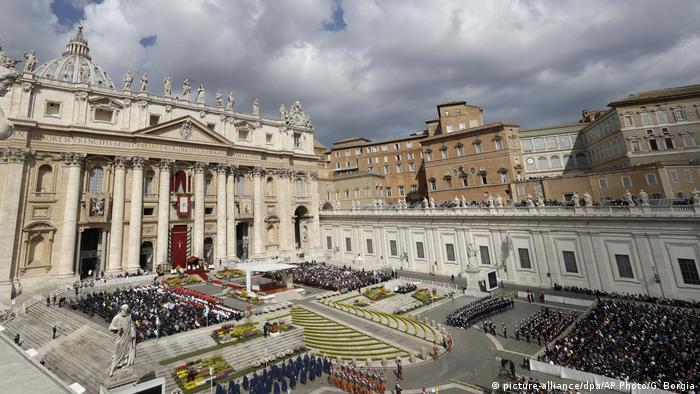 Vatican police said Carlo Alberto Capella had been arrested on Saturday but gave no details of the specific accusations against him.

Capella is being held in a gendarmerie barracks inside the Vatican. His arrest comes after an eight-month investigation by the Holy See, which was first informed of a potential problem by the US State Department last year.

Capella was arrested Saturday after a warrant was issued by the Holy See's chief magistrate.

If indicted, he will have to stand trial in the Vatican and faces up to 12 years in jail.

While Pope Francis declared zero tolerance over abuse issues, his critics have said he has not done enough, especially in holding bishops to account for covering up cases.

Last August, the Vatican said it had been informed by the US State Department of a possible violation of laws relating to child pornography images by a member of the Vatican diplomatic corps in Washington.

The Holy See has rejected a request to withdraw diplomatic immunity for a diplomat in the US accused of possessing child pornography. Instead, the priest was called back to the Vatican. (15.09.2017)