A Catholic diplomat was recalled from the Washington embassy despite US requests to charge him in the country. He allegedly possessed and exchanged "a large quantity" of child pornography. 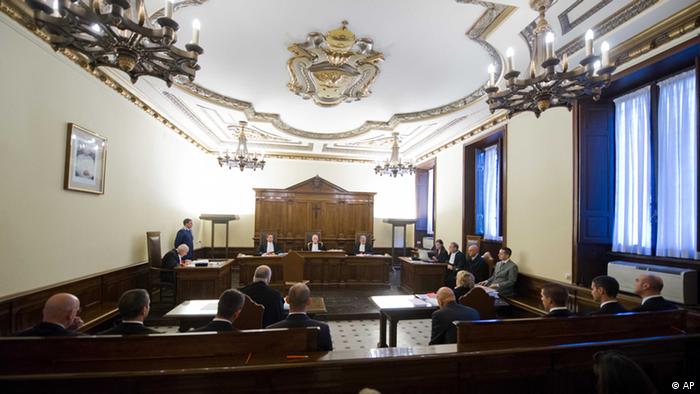 A high-ranking Vatican diplomat will face trial in the Holy See on charges of possessing child pornography in the US and Canada.

Catholic priest Carlo Alberto Capella was indicted on Saturday after a Vatican investigation found he had allegedly possessed and exchanged "a large quantity" of child pornography during his diplomatic posting.

His trial will start on June 22 in front of a Vatican magistrate.

The monsignor was recalled from the Washington embassy after US authorities alerted the Vatican to his alleged crimes and requested his diplomatic immunity be stripped.

The church rejected the request and withdrew him in September to face investigation at home.

The Capella case has hampered the Catholic Church's attempts to move on from its myriad of pedophile priest scandals.

There has been particular focus in recent months on the Chilean branch of the Catholic Church ignoring and covering up of child abuse by pedophile priest Fernando Karadima during the 1980s and 1990s. Pope Francis wrote a letter to Chileans last week expressing "shame" for the affair despite previously defending one of the main alleged offenders behind the cover-up.

A German priest has been sent to a psychiatric institution after pleading guilty to a string of child abuse offenses. He was previously defrocked by the Catholic Church but kept abusing with the help of false documents. (22.02.2018)

A Chilean bishop's office in Rancagua has dismissed 14 priests suspected of covering up cases of child abuse by pedophile priest Fernando Karadima in the 1980s and '90s. The scandal has rocked Pope Francis' papacy. (23.05.2018)

Since becoming pope in 2013, Francis has tried to reform the Catholic Church by preaching and exemplifying humility. Some have applauded him for his efforts, while others have hurled criticism. (12.03.2018)