The Vatican has reaffirmed Pope Francis' opposition to homosexual marriage in a letter sent to bishops around the world. The letter argues that the pope's comments in support of same-sex unions were heavily edited. 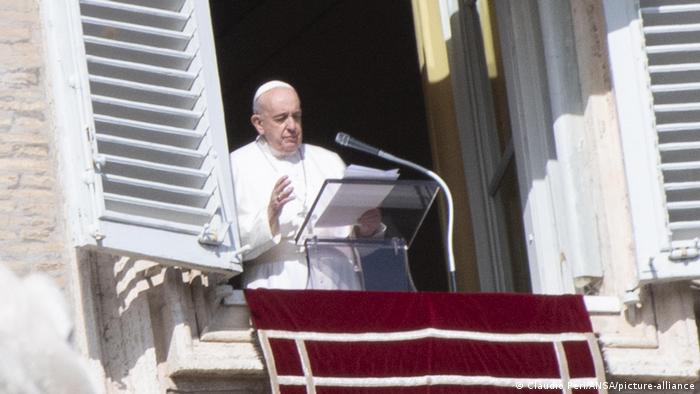 The Vatican said comments by Pope Francis on civil union laws were taken out of context and did not actually mean a change in the Catholic Church's doctrine on the topic of homosexuals or support for same-sex marriage.

The pope made headlines when he said that homosexuals have a right to be in a family and that civil union laws covering homosexuals are needed.  The remarks were part of a new documentary on his life, "Francesco," which premiered at the Rome film festival on October 21.

An "explanatory note" has now been sent by the Vatican's Secretariat of State its ambassadors and bishops was posted on Sunday on the Facebook page of the Vatican's ambassador to Mexico. On Monday, a Vatican source confirmed the authenticity of the letter.

"More than a year ago, during an interview, Pope Francis answered two different questions at two different times that, in the aforementioned documentary, were edited and published as a single answer without proper contextualization, which has led to confusion," the letter read.

Read more:Pope Francis and homosexuality in the Catholic Church: an analysis

In one answer, the Pope was referring to the right of homosexuals to be accepted by their own families as children and siblings but not that they had a right to have a family, the letter alleged.

The Vatican's Secretariat of State clarified that the pope opposed homosexual marriage and made clear he was referring to civil union laws, which some countries have enacted to regulate benefits such as health care.

"It is clear that Pope Francis was referring to certain state provisions and certainly not the doctrine of the Church, which he has reaffirmed numerous times over the years," the note said.

Russian-born American director Evgeny Afineevsky had told reporters that he interviewed the pope, but journalists later found that Francis' comments came from old footage in a 2019 interview with Mexico's Televisa broadcaster. Some of the Televisa footage had not been previously aired.

In the Televisa interview, Francis is heard saying that "homosexual people have the right to be in a family. They are children of God,'' Francis said.

The other comment about gay civil unions did not follow the first, but came from a different part of the Televisa interview. There Francis was referring to his position when he was archbishop of Buenos Aires and strongly opposed same-sex marriage, but favored extending legal protections to gay couples under what is understood in Argentina as a civil union law.

In the Televisa interview, Francis also said there was an ''incongruity'' for the Catholic Church as far as ''homosexual marriage'' is concerned. But this comment was not included in Afineevsky's documentary.

Currently, the Catholic Church teaches that while homosexual tendencies are not sinful, homosexual acts are and that marriage is a sacred sacrament between a man and a woman.

The pope has made a surprise announcement while addressing the faithful at the Vatican, announcing a group of new cardinals who could help ensure Francis' eventual successor will continue his legacy.

Cardinal Angelo Becciu has hit back at Pope Francis, after the Holy See announced his resignation on Thursday. The now-former head of the Vatican's saint-making body says the pontiff pushed him out over fraud claims.