For weeks now, German fans, coaches and players have had the impression that interventions by video assistant referees (VARs) have been becoming more and more frequent. As revealed last week, it's not an accident. 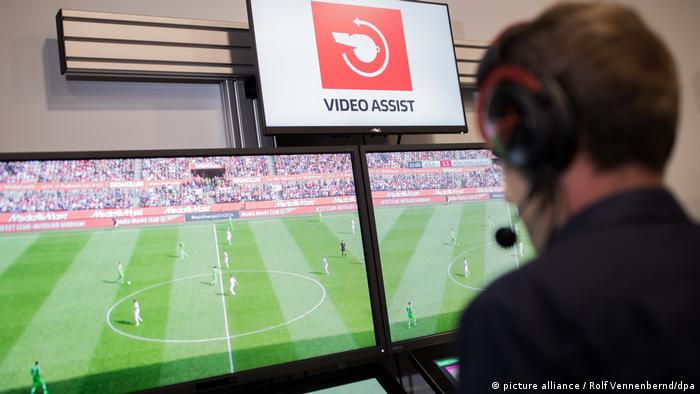 Bundesliga VARs were given secret instructions in mid-September to change the way they use video replays in their decision making, the German biweekly football publication kicker revealed last week.

Instead of intervening only in cases of "a clearly incorrect decision" in four specific areas (goals, penalties, straight red cards and cases of mistaken identity), VARs were instructed to contact the referee on the field whenever they thought he or she might have got something wrong, even if they weren’t sure.

Consequently, from matchday six onwards, the number of VAR interventions increased noticeably, but the clubs themselves weren't informed of the change of approach until October 25 when they were sent a letter by the DFB's head of the refereeing committee Lutz Michael Fröhlich and former FIFA referee and DFB refereeing advisor Hellmut Krug. 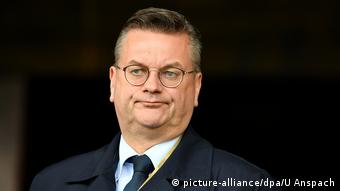 Many feel that made it unsurprising when the referee's authority on the pitch seemed reduced. Far from supporting him or her, could having somebody (another qualified professional) in your ear questioning every or even just some 50-50 calls that you make, have really helped your confidence? That’s not to speak of the distraction in a job that requires an extremely high level of concentration - in front of thousands of partisan fans, pundits, and millions of would-be referees sitting at home on their chesterfields.

On Friday, a day after kicker's revelation, DFB President Reinhard Grindel denied having had any prior knowledge of the October 25 letter, and promised to take action.

"I am not happy. This letter was not authorized by me," he told media outlet NDR Info, insisting that it was still his belief that the referee on the field should have the final say and that VARs "should not be an overriding referee."

Later that day, the DFB released a statement saying that Fröhlich had again contacted the clubs to express regret that the „unclear wording“ of last week’s letter had "led to aggravation and raised questions" about how the VAR rules were to be applied. What followed was a clarification, which essentially stated that referees are in future to stick to the original IFAB rules.

The end of the controversy?

But then, half an hour after the first press release, came another, announcing that the DFB had accepted a recommendation by its Independent Ethics Commission, led by former German Foreign Minister Klaus Kinkel. 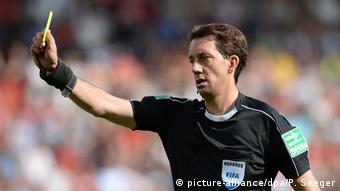 Manuel Gräfe has been critical of the VAR system

What's more, the DFB also used the statement to react to criticisms by current Bundesliga referee Manuel Gräfe in an interview with the German daily Tageszeitung back in August.

Gräfe, who has taken charge of 221 matches in Germany's top flight since 2004 and helped uncover a match-fixing scandal in 2005, had accused Fandel and Krug of "nepotism" and a "lack of transparency" in their selection of referees, comments which were supported by fellow Bundesliga referee Felix Brych in his position as spokesman for DFB referees.

In its statement, the DFB effectively gagged Gräfe, threatening that he will no longer be allowed to officiate Bundesliga matches should he speak publically about internal DFB affairs again. Gräfe has also been effectively fired as a VAR. The statement also referred to ongoing reforms regarding how officials are evaluated, paid and supervised.

What appears to be an attempt at transparency on the part of the DFB also makes abundantly clear that some degree of unrest has been brewing among referees, possibly partly in connection with the use of VARs. However, the fact that the DFB would release a statement about such internal strife is notable.

In conclusion, it seems the DFB has tried to correct one problem (VAR) while also working on a solution to another. It is to be hoped that both will be solved. As the Germans say (more or less): The first step towards a solution, is to recognize that you have a problem in the first place. We seem to at least have that, the rest is as clear as mud.