Winner of the German Book Prize, translated into many languages: Uwe Tellkamp's monumental work revives a vanished world in Dresden's bourgeoisie during the late GDR period, offering a major novel about society. 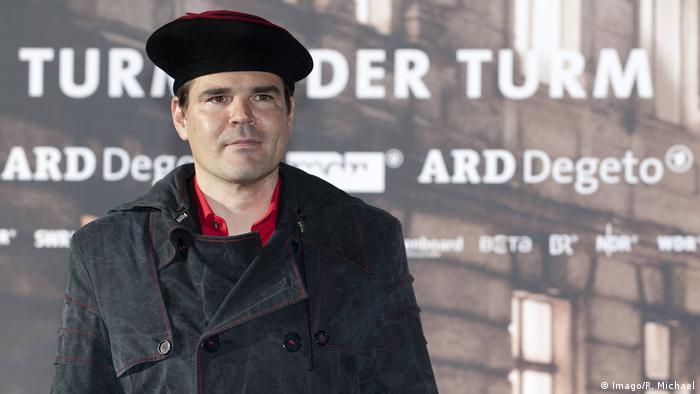 It is possible that writer Uwe Tellkamp, who has been living in Dresden again since 2009, may sometimes encounter tourist groups on the city district tours that run through the villa district "Weisser Hirsch" (White Deer) as they trace the steps of the locations mentioned in his novel The Tower. Perhaps it pleases the author that his book has demonstrably increased the number of visitors to his hometown.

The explorations begin at the cable railway, go past Manfred Baron von Ardennes Institute, down Wolfshügelstrasse and Rissweg to the Kakadu-Bar and Lahmannsches Sanatorium. Wolfsleite, the Baron Ludwig von Arbogast Institute, Rissleite with the Walther Bakery, the Bird of Paradise Bar — the location names from Tellkamp's novel are easy to decipher.

'The Tower' by Uwe Tellkamp

A countdown over seven years

In the GDR era, Dresden's educated bourgeoisie lived here in this well-off villa district, the privileged class that was no longer supposed to exist in the socialist workers' and peasants' state. And it was here that Uwe Tellkamp grew up after his father, a doctor, had succeeded in exchanging the prefabricated concrete-slab building of his early childhood for one of the villas high above the city.

Tellkamp's almost thousand-page novel, for which he received the German Book Prize in 2008 when the book was published, is subtitled Tales from a Lost Country. Like Heimito von Doderer's even more extensive Vienna novel The Demons, Tellkamp's narrative also aims toward a date: November 9, 1989. A countdown over seven years that ends with the words:

"...but then, all at once...The clocks struck, struck 9 November, 'Germany our Fatherland,' their chimes knocking on the Brandenburg Gate." 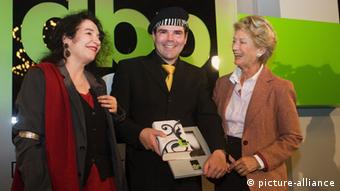 Good times: the author with his publisher, Ulla Unseld-Berkewicz (left), upon receiving the German Book Prize in 2008

A key novel of the late East German state

The novel begins shortly after Brezhnev's death in 1982. In a broad, ramified style, Tellkamp evokes the German Democratic Republic (GDR) in its late phase. At the center of his story are the inhabitants of Dresden's Turmstrasse (Tower Street) quarter — intellectuals, surgeons, publishing editors, directors of state holding companies and lawyers.

The first edition of the English translation contains an explanatory list of names, but only the most important 85 figures.  A pretty bookmark is enclosed within the German edition, grouping "the inhabitants of the tower" in their various villas.

In the book, Christian Hoffmann lives with his parents, the surgeon Richard and the nurse Anne, in Haus Karavelle. His favorite uncle, the editor Meno Rohde, lives in Tausendaugenhaus. They are the central figures of the novel, and are easily identified with real people of that time.

With Christian, one sees biographical parallels to the author's own biography. And indeed, Tellkamp jokingly attested that more than a third of his roman a clef had an autobiographical background.

Critics and literary scholars have assigned dozens of the novel’s characters to real people, recognizing major GDR figures such as writers Hermann Kant, Stephan Hermlin, Peter Hacks and Stefan Heym. Politician Hans Modrow can be seen in district secretary Barsano, while lawyer Sperber reflects Wolfgang Vogel, the lawyer who mediated between the East and West Germany. 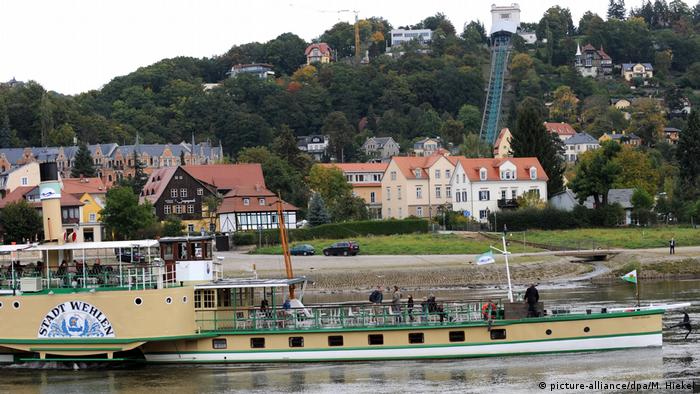 The cable car travels from Dresden's Loschwitz district up to the villa district of Weisser Hirsch, the scene of Tellkamp's The Tower

Like a piece of music, Tellkamp placed an "overture" before and a "finale" after the actual narrative of the novel. Both deal with the motif of time, symbolized in clocks and their beat. In the fairytale-like world of The Tower, time seems to stand still. Here in the "Pedagogical Province," as the author called the first part of the novel, the legacy of German high culture lives on.

Even a banal birthday speech is polished up with Goethe: "Ladies and Gentlemen. Goethe himself said that in the life of a man his fiftieth birthday is one of special significance." The novel is interspersed with representatives of this unbroken cultural heritage, who are not always conjured up with such subtle irony. Be it the Dresden Romantics, Richard Wagner, E.T.A. Hoffmann or Thomas Mann, who is reflected in Tonio Kröger, also found throughout the book as the "Buddenbrooks of the GDR."

Tellkamp did not limit his opus magnum to the world of the tower. His figures develop and clash with the system. There is also the fictitious "Ostrom," in whom the Nomenklatura manifests itself. Christian, who wants to study medicine like his father, commits himself to two additional years of service in the National People's Army. It becomes a hellish experience when he disobeys the order to take action against demonstrators, who he also presumes to include his brother. 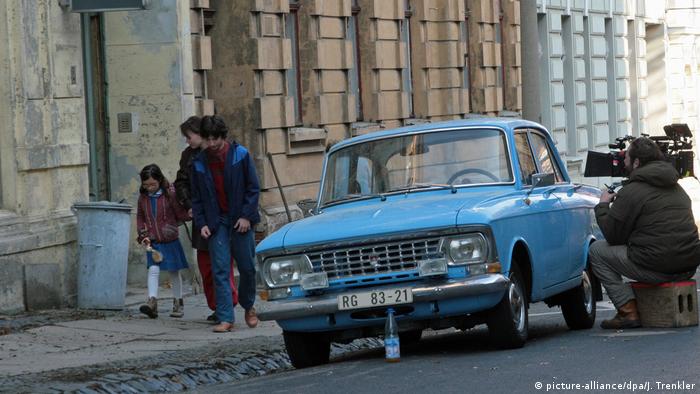 And there are also the unreal Elbe islands, fantastic places where butterflies enliven the air. Only very rarely do these utopian places come into contact with the "real" world of the novel.

In his literary narrative, Tellkamp succeeds in resurrecting a country that has long ceased to exist — evoking its hopes and utopian ideas, its manners of speaking, its immaterial heritage, its power structures and its geography. You can smell it, feel it and vividly imagine it, even if you never experienced the GDR yourself.

Just as the fairytale-like ending "And they all lived happily ever after" is touchingly reassuring that things will continue on, so too does Tellkamp's colon placed at the end remind us what we as readers already know: that the story after the fall of the Berlin Wall was not always reassuring.

The writer has announced another novel that would explore post-reunification years. However, following statements he made in spring 2018 that were critical of refugees, seemingly placing him in the camp of the New Right, Tellkamp may be forced to look for a new publishing house for his next novel.

Uwe Tellkamp was born in Dresden in 1968, studied medicine in Leipzig, New York and Dresden and worked as a physician at a surgical clinic. His debut novel Der Hecht, die Träume und das Portugiesischen Cafe was published in 2000. After receiving the Ingeborg Bachmann Prize in 2004, Tellkamp gave up medicine and has lived as a freelance writer ever since. In addition to the German Book Prize, The Tower also garnered the German National Prize and other awards, was adapted for various theater productions in 2010, and filmed as a two-part movie for television in 2012.