The US Ambassador to the UN, Nikki Haley, has called for suspension of weapons supplies to Myanmar after attacks on Rohingya Muslims. Human rights groups say over 200 Rohingya villages have been burned in the crackdown. 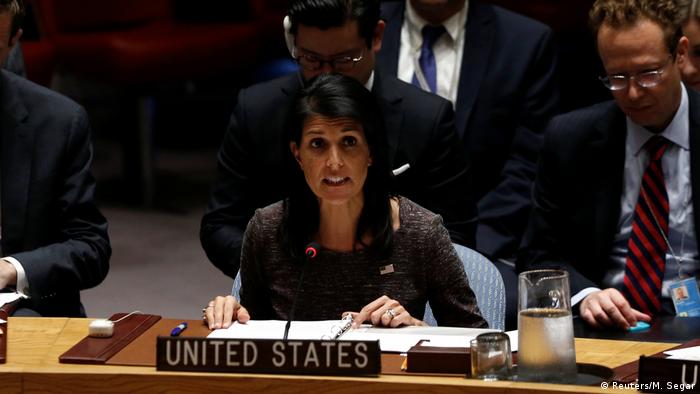 In the UN Security Council's first public session on the refugee crisis in Myanmar, Haley said on Thursday: "We cannot be afraid to call the actions of the Burmese authorities what they appear to be - a brutal, sustained campaign to cleanse the country of an ethnic minority."

"It should shame senior Burmese leaders who have sacrificed so much for an open democratic Burma."

The Myanmar authorities have denied accusations of ethnic cleaning and sexual violence against the Rohingya. 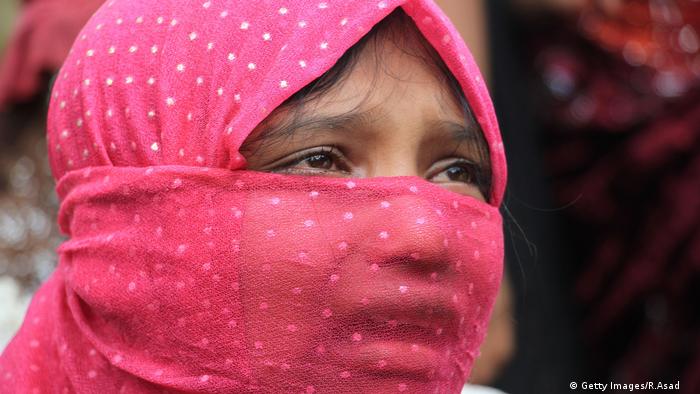 Members of the US Congress also upped criticism of Myanmar's crackdown on Thursday, with both Republicans and Democrats urging the Trump administration to consider sanctions against the military regime and to re-evaluate US policy.

Twenty-one senators said in a letter sent to Secretary of State Rex Tillerson that there  was a risk of genocide against the Rohingya.

"Unless immediately addressed, this crisis will have profound long-term consequences for Burma, the region, and the world," the letter says, as reported by the Associated Press.

The US administration has already announced $32 million (25 million euros) in assistance, bringing US funds committed for the crisis to $95 million.

International aid groups in Myanmar have urged the government to allow free access to Rakhine State, where an army offensive has caused 480,000 people to flee to Bangladesh and hundreds of thousands cut off from food, shelter and medical care.

The government has stopped international non-government groups (INGOs), as well as UN agencies, from working in the north of the state, citing insecurity.

The latest army campaign in the western state was launched in response to attacks by Rohingya Muslim insurgents on security posts near the Bangladesh border on August 25.

The 15-member UN Security Council has called on Myanmar to take immediate steps to de-escalate the situation. About 370,000 Rohingya Muslims have fled to Bangladesh in the past few weeks to seek protection. (13.09.2017)