US President Donald Trump has approved sending troops to Saudi Arabia to aid the ally's air defenses. The move comes after a strike that damaged key Saudi oil facilities. 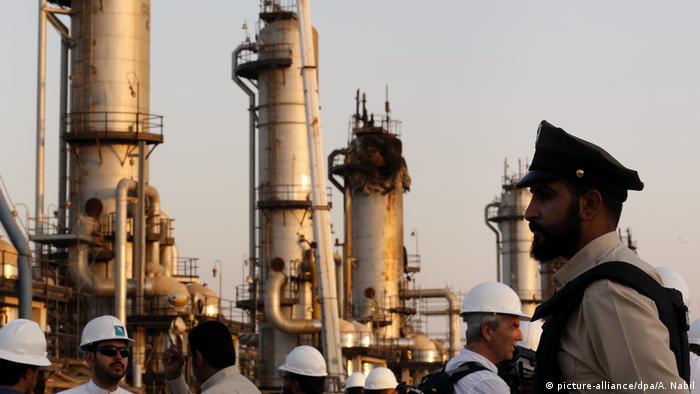 The United States will deploy additional troops to Saudi Arabia and the United Arab Emirates, US Defense Secretary Mark Esper said on Friday.

The exact numbers of military personnel and equipment were yet to be decided, but would be part of a "moderate deployment" to the region, said Marine General Joseph Dunford, chairman of the Joint Chiefs of Staff.

"In response to the kingdom's request, the president has approved the deployment of US forces, which will be defensive in nature and primarily focused on air and missile defense," Esper told reporters.

The announcement comes after the September 14 attack on key Saudi oil infrastructure, which knocked out half the country's supply. Yemen's Houthi rebels have claimed responsibility, but the US and Saudi Arabia suspect Iran is behind the strike. Iran, which backs the Houthis, has repeatedly denied being behind the attack.

Earlier on Friday, Yemen's Houthi rebels said that they were calling a halt on drone and missile attacks in Saudi Arabia. Mahdi al-Mashat, head of the Houthi supreme political council, said he hoped "the gesture would be answered by a stronger gesture" from the Saudis.

He added that the group was waiting for a "positive response" from Riyadh.

Al-Mashat said the key aim of the peace plan was to "preserve the blood of Yemenis and achieve a general amnesty" and that "pursuing war is not in anyone's interest."

Al-Mashat also called for the reopening of Sanaa's international airport and access to the port of Hodeida.

The Saudi-led military coalition has been waging a brutal war against the Houthi insurgency in Yemen since 2015. Tens of thousands of people have died in the conflict and the United Nations has called it the world's worst humanitarian crisis.