US to put heavy weapons in Baltics, Eastern Europe 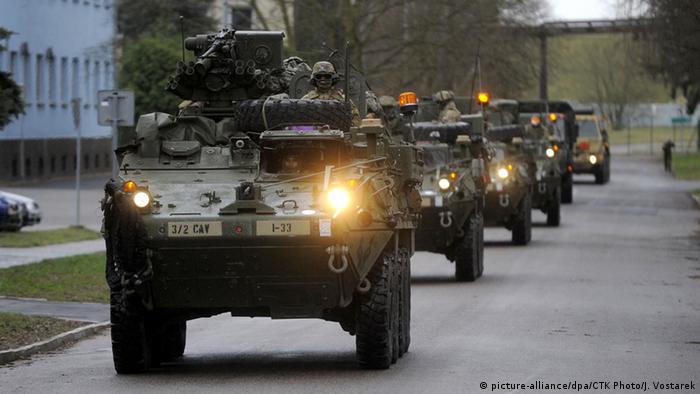 American military equipment is to be placed in the former Soviet republics of Estonia, Latvia and Lithuania, as well as Bulgaria, Romania and Poland, US Defense Secretary Ashton Carter announced Tuesday.

The equipment should include about 250 tanks, Bradley infantry fighting vehicles and self-propelled howitzers, to be "temporarily" staged in Central and Eastern Europe.

Speaking alongside defense ministers from Estonia, Latvia and Lithuania, Carter said that the heavy weaponry would be transported around the region for training and military exercises.

"We intend to move those equipment sets around as exercises move around," Carter told a news conference in the Estonian capital, Tallinn.

"They're not static. Their purpose is to enable richer training and more mobility to forces in Europe," he added, emphasizing that the US presence will be "persistent" but "agile."

The European countries have agreed to host parts of the equipment, according to Carter.

The news of NATO beefing up its military presence in Eastern Europe comes a day after Carter disclosed that the US would contribute weapons, aircraft and forces to NATO's new rapid reaction force.

The move aims to strengthen a special spearhead unit created as reaction to the current standoff with Moscow.

Prior to Carter's trip to the Baltic region, a Russian Defense Ministry official said stationing tanks and heavy weapons in NATO states on Russia's border would be the most aggressive US act since the Cold War.

On Tuesday, Carter also said that the US would be willing to provide additional kinds of military assistance, including intelligence and surveillance capabilities, and a range of weaponry. However, America would not provide a large ground force, he said.