US to investigate Kunduz hospital bombing

President Barack Obama has offered his sympathies over the bombing of a hospital in the Afghan city of Kunduz that killed 19 people, promising a full investigation. The UN has said the attack could amount to a war crime. 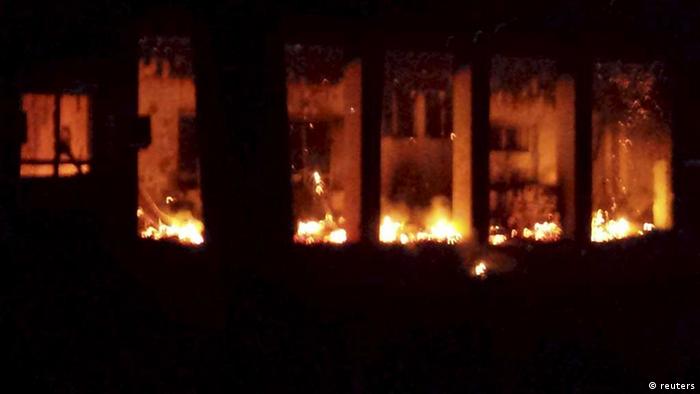 Obama said the US was investigating the incident, in which 19 people were killed and 37 injured on Saturday during a bombing on a hospital operated by medical charity Doctors Without Borders (MSF) in Kunduz.

"On behalf of the American people, I extend my deepest condolences to the medical professionals and other civilians killed and injured in the tragic incident at a Doctors Without Borders hospital in Kunduz," he said in a statement released by the White House.

"The Department of Defense has launched a full investigation, and we will await the results of that inquiry before making a definitive judgment as to the circumstances of this tragedy.

"We will continue to work closely with President [Ashraf] Ghani, the Afghan government and our international partners to support the Afghan National Defense and Security forces as they work to secure their country."

Earlier on Saturday, UN human rights chief Zeid Ra'ad Al Hussein said that if an investigation found the hospital was purposefully targeted, the incident could constitute a war crime.

In a statement released on Saturday, he called the incident "tragic, inexcusable and possibly even criminal."

NATO has conceded that US forces supporting Afghan troops against the Taliban may have been behind the strike.

Afghan forces backed by US airstrikes have been battling Taliban insurgents who seized the strategic city of Kunduz three days earlier in their biggest foray into a major urban area since the US-led invasion of 2001.

According to the Afghan Defense Ministry, armed "terrorists" had entered the hospital compound and used "the buildings and the people inside as a shield" while firing on security forces.